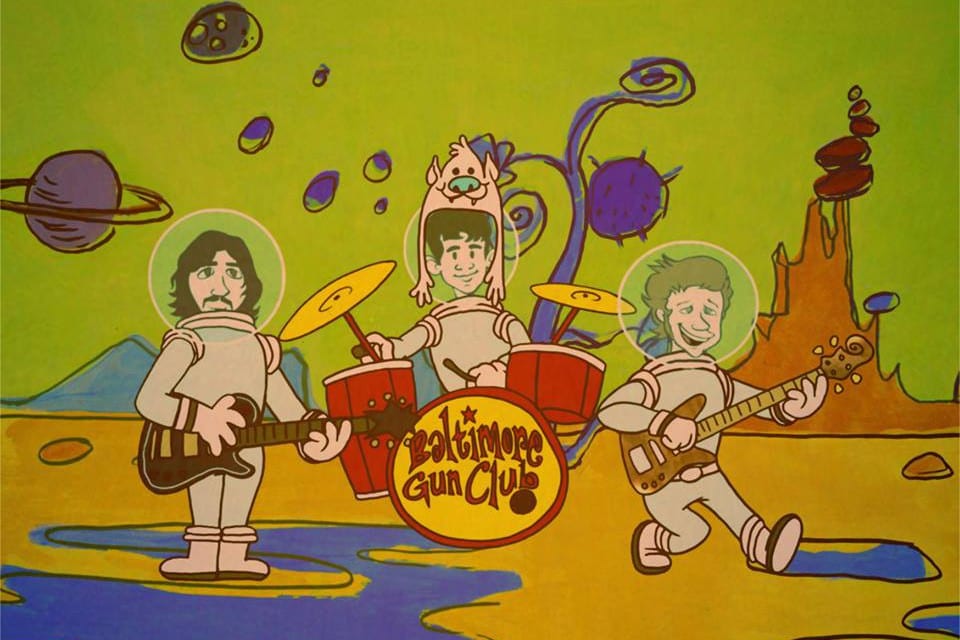 Baltimore Gun Club’s single Apollo will have you hooked and head-banging within 30 seconds. With driving guitars, drums and vocal stylings reminiscent of metal acts like Disturbed mixed with the grunge vibe of Nirvana, Apollo is a fantastic taste of what is to come on the band’s upcoming album Innerspace.

One of the things you need to know about Baltimore Gun Club is that they cleverly weave some cool space references into their work. The band name itself was inspired by the 1865 Jules Verne novel From The Earth To The Moon which tells the story of The Baltimore Gun Club – a post-civil war society of veterans who try to build a rocket to send three people to the moon.

This appears to be the story behind the animated music video for Apollo (below), which shows the three band members travelling to outer space. The video was created by bass player and vocalist Hryma, and within two weeks of its debut on Youtube it was picked up by Rage TV.

While the Apollo music video ties in well with the band’s space theme, Hryma says the song’s name was chosen by coincidence.

“Apollo was written about a fortnight before we went into record. The lyrics weren’t fully finished however, until the night before we recorded the vocals. We were staying at the Apollo Lodge at the time, and Apollo seemed like a fitting title,” he said.

Apollo is the first single from Baltimore Gun Club’s album Innerspace which will be released at The Zoo on 11 September. With the music video ending on a ‘to be continued’ cliff hanger we wait with bated breath to see what sonic treats Innerspace will deliver!

For more details about the band and their upcoming album release visit their Facebook page.