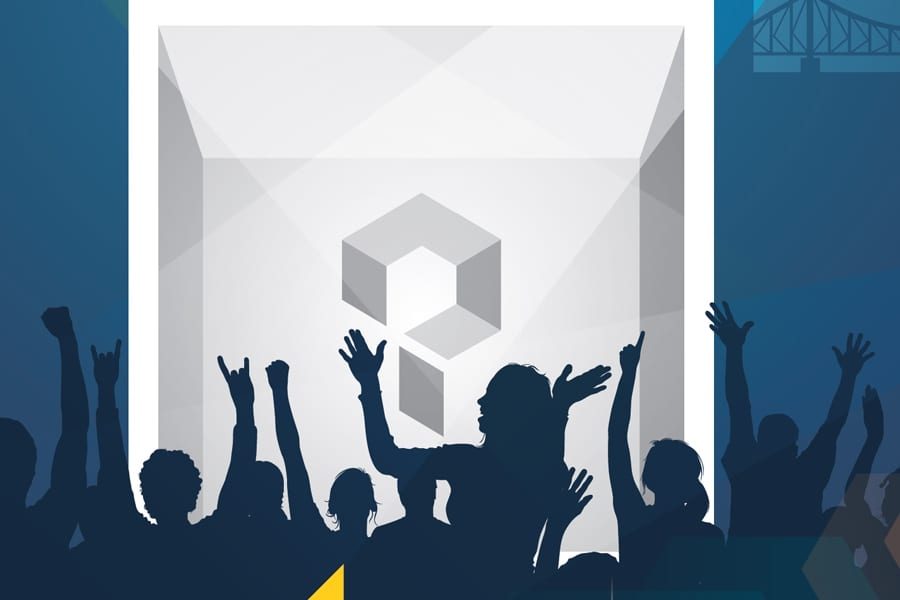 Watching videos of your favourite Brisbane bands on Youtube is about to get a whole lot cooler now that the legends behind The QUBE Effect and Jungle Love Festival have combined forces.

If you’re an avid social media user, you would have seen Youtube videos popping up left, right and centre last year of local acts performing in big cubes at different locations around Brisbane.

These videos were part of the inaugural QUBE Effect – a contemporary youth music program run by the Brisbane City Council that aims to provide promotional opportunities and economic outcomes for local musicians through live performance and online showcasing.

With the help of Jungle Love Festival founders and innovators Lincoln Savage and Raymond Williams, The QUBE Effect is kicking things up a notch in 2016, filming up to 24 artists in the infamous cubes in…wait for it…360ᵒ virtual reality!

“We’re really excited to be filming the bands in 360 degrees virtual reality. We’ve innovated a lot, and will be using one of those camera balls that face all the way out to record everything simultaneously as the band performs,” said Lincoln.

“This means that when someone watches the video on Youtube, they can move their phone around and see the different band members doing their thing at the same time. It means the viewer is able to control what they see.”

This isn’t just a massive plus for artists, but also a massive bonus for local music lovers who are being encouraged to come along and participate in the videos.

“We’re encouraging the bands to get really creative with their performance, because with this filming technique they’re able to use the surrounding space. Things like getting their friends together to wear brightly coloured clothes, or do synchronised dance routines to their song – it’s a chance to really utilise audience participation to enhance the performance and experience.”

With five prize categories including People’s Choice and Best New Talent, Lincoln says there is a lot to be gained from participating in The QUBE Effect.

“It’s paid and there’s lots of opportunities to come from being associated with the project. It’s also council funded, so it’s money being put towards supporting the emerging music scene which is great.”

Applications will be judged by a panel of industry experts and chosen musicians will play a 20 minute set to a live audience and record their chosen song in a QUBE on Saturday 9 April at the Queensland Performing Arts Centre or Sunday 17 April 2016 at the Valley Mall, during Youth Week.

“We want people to understand that it’s not just get in there, play a song and go home, you’ve got to get interesting with it, make something out of the ordinary.”

So get your creative juices flowing and make sure you enter The QUBE Effect 2016! Applications close 19 February. Visit The QUBE Effect website for all entry information.