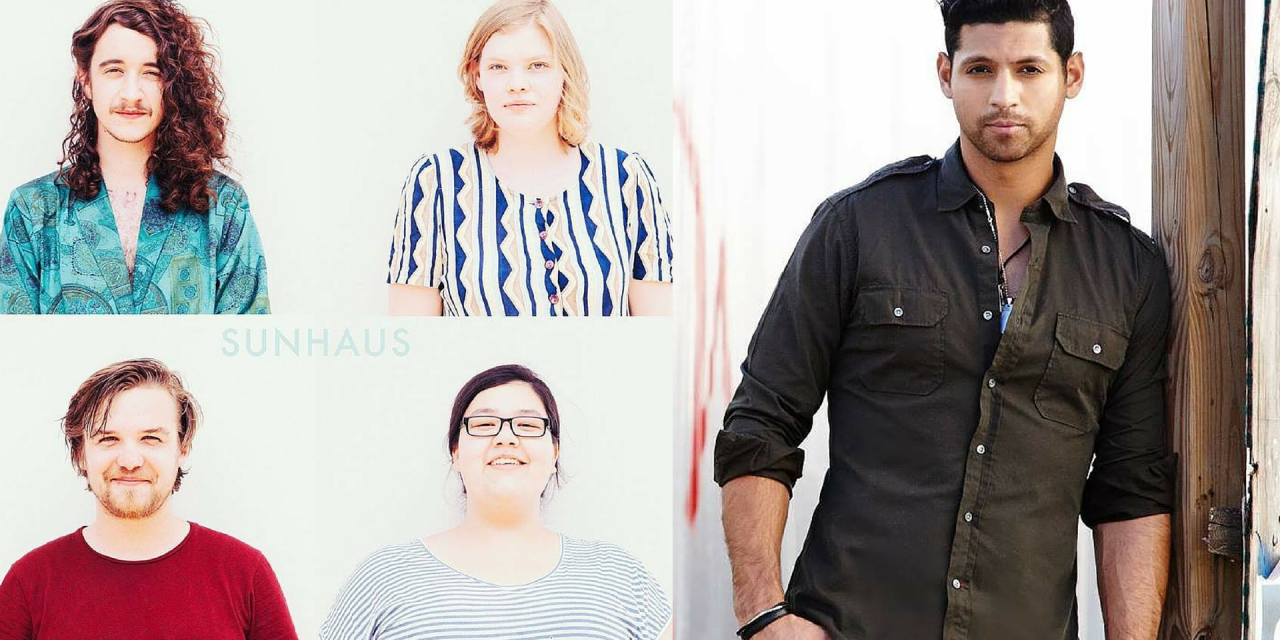 Geographically, New York rockstar Mike Scala and Brisbane indie-rockers Sunhaus are worlds apart. Next Friday night though, these two acts will be sharing one stage as Mike brings his highly anticipated world tour to Brisbane.

As a band in the rosebud stage of their career, Sunhaus say they were “absolutely flabbergasted” to be chosen as Mike’s support act for his show at Brisbane’s New Globe Theatre on 29 April.

“I recall us squealing, then questioning reality, and then squealing again. Mike Scala is an incredible talent, so we’re growing more excited by the day,” said Sunhaus lead singer Aidan Geraghty.

Aidan describes Mike’s stage presence as astounding, and says the band is looking forward to learning a few things from him on the night.

“Mike has the ability to form a warm embrace with a packed-out room of people which is worth commending. He’s toured many countries and has bucket loads of experience, so to even talk with him and gain an understanding of what that’s like would be fantastic,” he said.

The night will also see the launch of Sunhaus’ debut single Realignment – a song that charts the highs and lows of being blinded by love. Mike will be unveiling a tonne of new music as well, releasing his upcoming single This Is Ours exclusively as a part of his Australian tour.

“This will be our third tour of Australia and we’re really looking forward to it. The fans in Australia have always been very appreciative of the music and supportive on every tour which we’re very thankful for. So we’re excited that they’ll be the first in the world to hear our new tunes,” said Mike.

While he’s keen to enjoy a good surf and BBQ during his downtime, Mike is also passionate about giving back to the local communities he’ll be visiting.

“Rocking out on stage and performing is my passion, but I believe it’s not what you have, it’s what you do with what you have that is important. As an international artist, I feel it is my responsibility to give back to the communities I visit whilst on tour.”

“On this tour we will be helping out at some Queensland charities and hospitals, and on the way home we are stopping off in Fiji to help with supplies and the rebuild from the cyclone.”

Mike is also a firm supporter of Australian music, bringing in local artists for each of his shows.

“I really enjoy working with local artists because I get to experience their way of doing things and their culture. I’m all for giving opportunities to great, local musicians. We really are all in this together!”

For a fun as hell show you’ll need your dancing shoes and lucky undies for, catch Mike Scala rocking with Sunhaus, Cordeaux, Steele and Tim Edwards at the New Globe Theatre next Friday, 29 April. All event and ticket information available here.