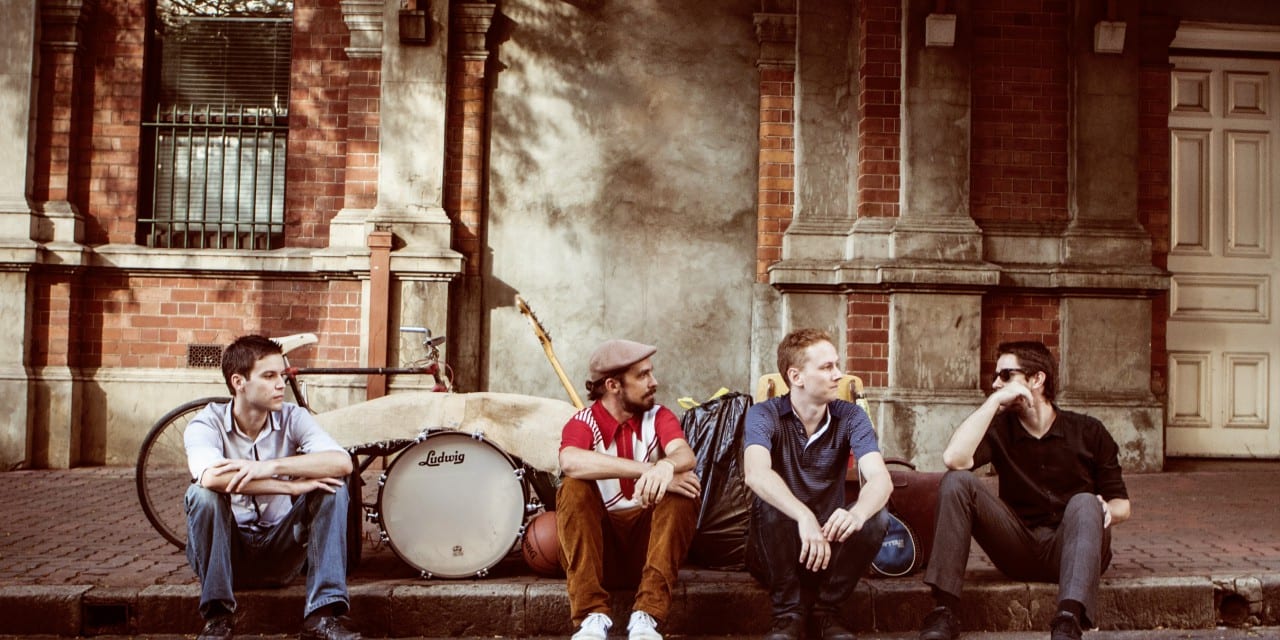 With a sound that harks back to the 1960s and 70s Californian West Coast jazz and funk scene, Kerbside Collection’s second album Trash or Treasure hits the right spot.

Released earlier this month, Trash or Treasure is 14-tracks of instrumental smooth sailing. From beginning to end the rhythms wash over you like a good bottle of wine putting you at ease with good vibes. The band’s decision to record on analogue is a contributing factor to the rich warmth of sound that radiates throughout each song.

“All of our recordings have been analogue from day one. Analogue gives certain instruments a grittier flavour, creating a warm, crispy texture that’s impossible to get in digital. Gritty is pretty!” said the band.

One of the main songwriters for the record Jason Bell says his love of the outdoors, particularly the ocean, inspired some of the tracks.

“Slidin’ was written after a surfing session at Noosa National Park and Bogangar was written about the sounding landscape and oceanscape around my favourite beach,” he said.

In general, the writing process for Trash or Treasure was different to that of their first album Mind The Curb.

“This new record was a little different in that it was crafted and added onto over a longer period of time. When we did the main tracking back in April 2014 some of the songs were 70 per cent written and the rest we completed in the moment during the recording session” he said.

“With Trash or Treasure we wanted to explore wilder textures and tones. There’s a much bigger, jazzier flavour to this record.”

Bring your own wine and let Kerbside Collection’s Trash or Treasure fill your soul with good vibes.