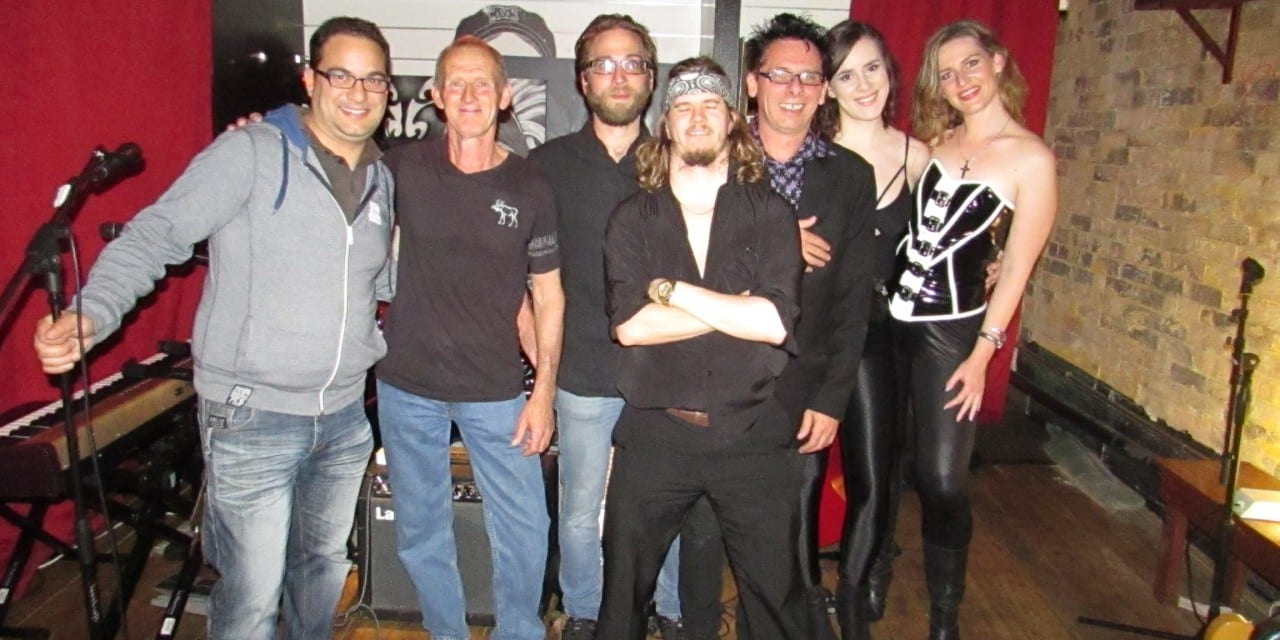 From beginning to end, Byron Short’s album launch at Johnny Brown’s on Saturday night was an absolute roof raiser.

Sassy country singer Hayley Marsten opened the night with a stripped back cover of Eminem’s Lose Yourself, followed by songs from her debut EP Even, a few country classics, and some new material from her forthcoming album. Hayley sang with conviction, and communicated the raw emotion of each song brilliantly. Her voice filled the room and left you imagining what it would be like to see her perform her music with an entire band in tow. Definitely an artist worth seeing!

Up next was folk/rock trio Ellie Jane and The Forces of Destiny. For a band that only came together this year (lead singer Ellie started out as a solo artist), they really raised the bar. Ellie’s vocals soared above a juggernaut fusion of bass and drums, masterfully played by Gerry and Jake respectively. Their sound was transcendent, and their mix of original music and covers (particularly of I Put A Spell On You) showed off Ellie’s stunning vocal range. Band life certainly agrees with these three!

Taking the cake for the night was the man himself – Byron Short. Joined by his band the Sunset Junkies (and ‘Junkettes’ Hayley and Ellie), Byron’s opening song The Heartland welcomed the audience like a warm whiskey, setting the vibe for the rest of the night. He played a range of tracks from his new album No Way Out, often starting each song slowly before kicking it up a notch with the band coming in all guns blazing. The standout track was definitely Don’t Shoot Me Down – performed live this track turned from a country toe-tapper into a full-blown, stadium-filling rock song. After performing tracks from No Way Out, Byron switched gears and played some older tunes which had everyone dancing wildly. The night then ended with a bang, with each and every member of the band going hard on the final song – an effort that would have blown the roof off of Johnny Brown’s if it hadn’t been welded down so tightly.

All in all, if the AFL or NRL grand finals find themselves in need of another performer, they should give Byron Short and the Sunset Junkies a call!

Head over to Byron’s website to grab your very own signed copy of No Way Out.