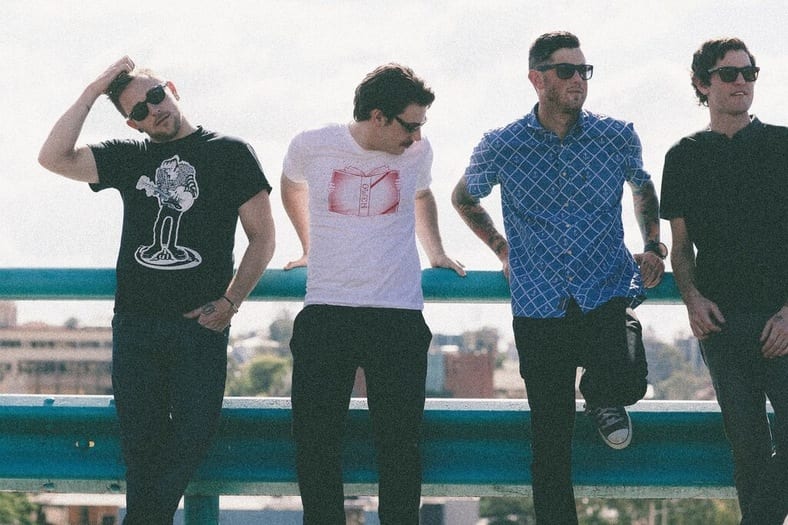 For the past five years, Brisbane four piece Columbia Buffet have been making straight up punk-rock music reminiscent of Superchunk teamed with The Lemonheads. Now the countdown is on to the release of their new album How To Survive An Atomic Bomb, which drops 4 March.

So far, fans have sampled the album through its first two singles Shapes and Atomic Bomb, which the band say represent the bright, fun vibe of the record as a whole. Recorded in their drummer’s home studio, the goal was to produce, write and record an album that was true to who they are as a band.

“How To Survive An Atomic Bomb has a more mature and fully worked out sound than our previous releases. We simply wanted to create an album that we all loved and could continue to be proud of throughout the years to come,” they said.

Brisbanites will also be pleased to know, that our humble city served as the main inspiration for the tracks on the album which highlight the band’s love of their hometown.

“The main inspiration for this album was drawn from our time growing up in the Northern Suburbs of Brisbane. We love Brisbane and just wanted to do our best to highlight how extremely lucky we are to have been brought up here.”

The band are looking forward to the release of How To Survive An Atomic Bomb on 4 March, and hope to take their new music on tour around Australia later this year.

Head to Columbia Buffet’s website for more details, and catch them at one of their upcoming shows: