TBT: The Sugar Rush That Was The Hangout 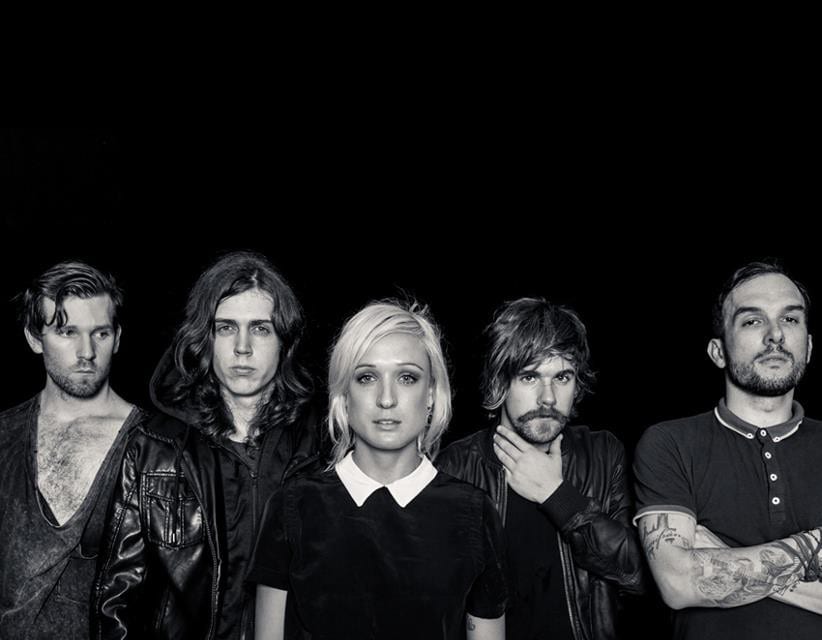 Before Katy Perry’s left shark there was The Hangout – five party sharks from Brisbane who played infectious pop-rock tunes that left listeners on a high comparable to that of a sugar rush. A combination of talents from previous renowned Brisbane outfits like Repeat Offender, Nina May and The Gallant, the band originally formed as Streamer Bendy in 2008. In 2013 Streamer Bendy was rebirthed as The Hangout and consisted of Erinn Swan, Matt Newton, Damon Whiteley, James See and Anthony Mathews.

If you were lucky enough to catch one of The Hangout’s party-rocking live shows you’d have been treated to songs from their unreleased album Sugar Rush. With songs about one night stands (Sleep Me Off), sex dreams (When I’m Dreaming) and the fools we make of ourselves when pursuing unrequited love (Trash Bag), Sugar Rush is basically the soundtrack of your 20s. Their tongue-in-cheek lyrics even got them a scolding from Bryan Adams (yes really!) for their play on words of his “I got my first real six-string” from Summer of 69, which they paid homage to with “I got my first real sex dream” in their song When I’m Dreaming.

The band released two singles from Sugar Rush­, the globe-trotting party anthem Amsterdam (music video below) and pop-rap mashup Those Girls. Full of fun, upbeat, go-get-em tunes, Sugar Rush is the album you wish you had when getting ready for a big night out.

While Sugar Rush remains unreleased, we’ve listed our Top 3 tracks from the album that are available somewhere in the realms of the interweb. Turn these up loud and get ready to party:

Want more? So do we! Tune into next Monday’s Spotlight On to hear the exciting news lead singer Erinn Swan has to share!

Watch ‘Amsterdam’ By The Hangout: