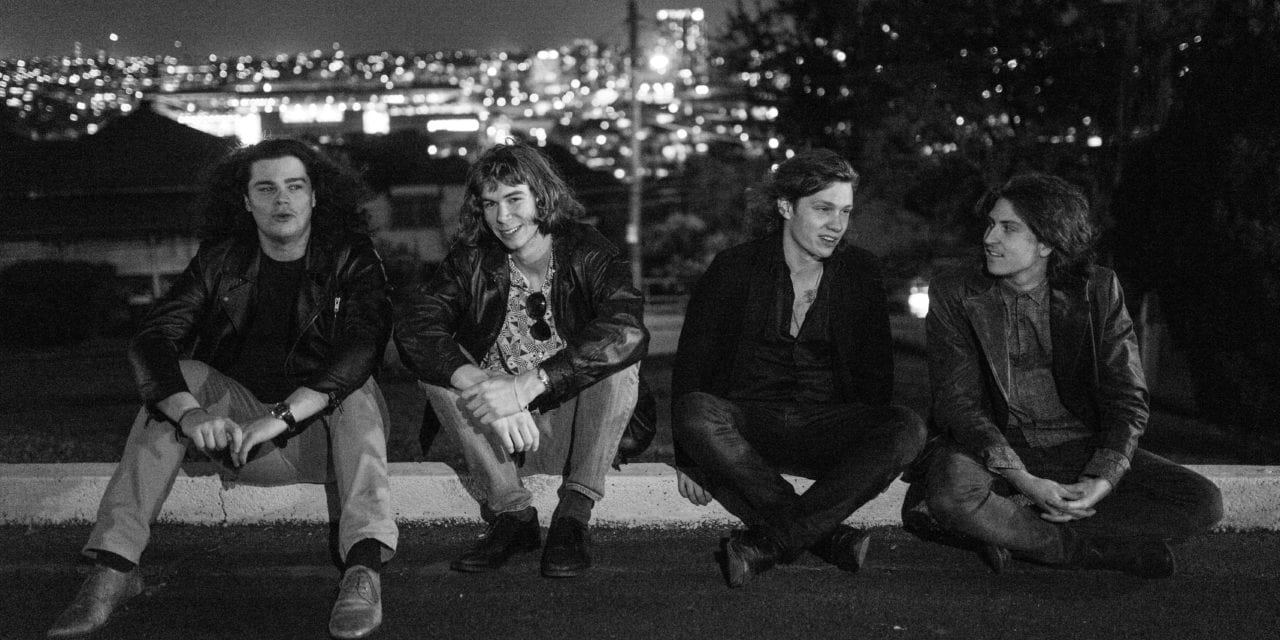 After experiencing constant change throughout their careers, Port Royal have overcome their setbacks to become one of Brisbane’s hottest rising bands. Born from a mutual love of classic rock n roll, the four-piece have recently released their new single Pinch-Hit and are in the middle of their first East Coast tour.

Forming in 2015, after high school friends Lawson Doyle and Connor Arnold met Chase Brodie, the band went through several lead guitarists before Taine Josephson came along and completed the line-up.

“We’re all passionate about guitar music and writing songs that preach the good work of rock music,” said drummer Connor Arnold, “so our current line-up is a great fit.”

Influenced by the likes of Led Zeppelin, The Rolling Stones, and Oasis, the band seeks to create music inspired by love, friendships, and social issues.

“We try to take the best and worst moments of our lives and connect them all through our song-writing.”

Port Royal believes the crucial part of being in a band is having music people can enjoy and dance to. While the band loves the experience of a live audience, they know longevity and hard work behind-the-scenes are also key ingredients needed to succeed.

Their latest banger, Pinch-Hit, kicks off with an embellished drum roll that leads into the track’s main gritty and groovy hook. The track is inspired by the band’s shared history of resilience and will have audiences dancing along in no time.

Revered as one of the band’s livelier tunes, Pinch-Hit take its name from a Baseball term. A pinch hitter is a substitute batter that at any point in the game while the ball is dead can replace the next batter. The term could not represent Port Royal’s situation any better, and perfectly describes the addition of new member Taine.

“As a writer I hope Pinch-Hit influences young people of all different passions, styles, influences and social circles to make something of themselves and believe that whatever it is they want to achieve is achievable,” said front man Lawson Doyle.

The band is currently working on new music and hope to record another single soon.

Port Royal works hard, and plays hard. They’ll be playing Brisbane’s Woolly Mammoth this Friday, 13 October in what’s set to be one of their biggest shows yet. You can listen to Pinch-Hit HERE and buy tickets to the show HERE.