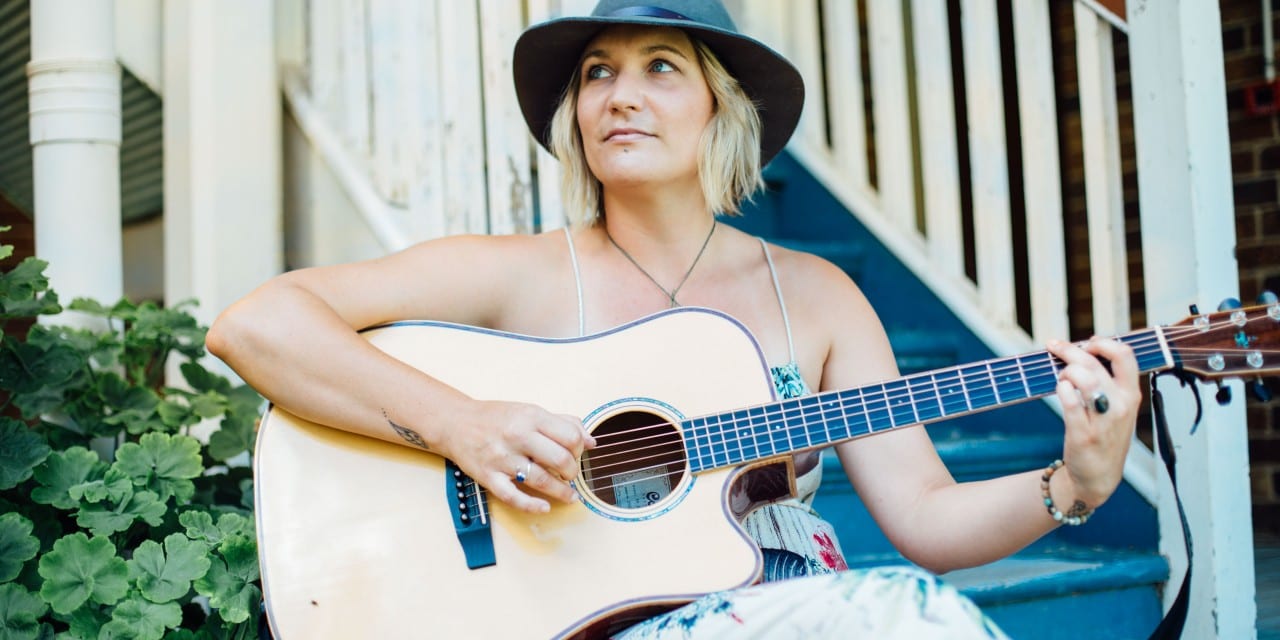 Indie-folk songstress Peta Pomerenke had been working in insurance for several years when she woke up one day in 2012 and realised she was on the wrong path. After taking a leap of faith and making music her priority, she’s been happily pursuing a career in music ever since.

Raised in the Lockyer Valley, Peta says it was her country upbringing that laid the foundation for her musical direction. Growing up she listened to artists like The Eagles, Cold Chisel, and Roy Orbison with country music, particularly that of Kasey Chambers, influencing her early song-writing.

As a teenager her tastes expanded to include pop, rock and metal while throughout her twenties she developed a liking for artists like John Butler Trio, Ash Grunwald and The Black Keys. It was spending time in the United Kingdom last year though, that really helped broaden her musical stylings.

“Living abroad introduced me to a lot of genres and artists that I was previously unaware of.  It enabled me to establish some great musical connections and collaborate with other musicians. I had the opportunity to perform with various local artists, which was a fantastic learning curve,” she said.

While overseas, Peta says she was constantly inspired – both as a performer and as a music fan – by the experiences she had as a part of the local music scene.

“Wherever I went, the audiences just seemed so attentive and genuine.  Whether I was playing at an open-mic/jam night or a gig – there was a positive response to my music and that was a truly gratifying experience. I returned to Australia much more confident with my musical direction.”

Peta is currently preparing to a release a new single titled Road Home, which is all about feeling at home in any part of the world. It’s a fitting ode to her travels, and is due for release mid-winter. A music video for the track is also underway, which she hopes will feature her driving to the Sunshine Coast (where the song was written) in her van “Betsy.”

Throughout the rest of 2016, Peta would like to release more music, collaborate and continue developing her sound. She also wants to keep touring and has her sights set on busking at Edinburgh Fringe Festival later in the year.

Keep an eye on Peta’s Facebook page for her new music, and catch her at one of her upcoming gigs: