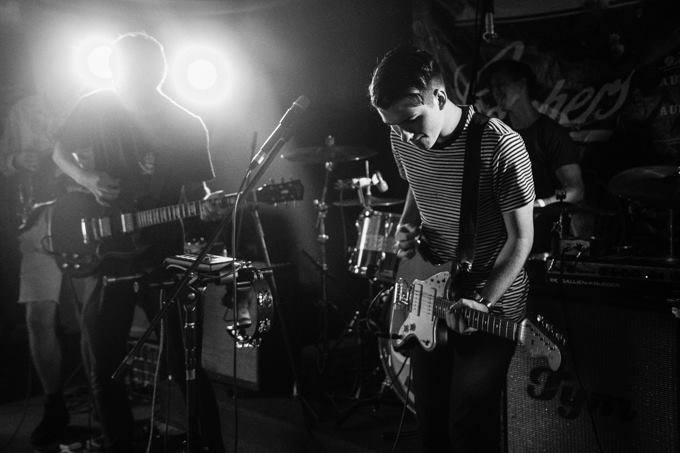 Don’t be fooled by the “sad Australian kid music” tag Vulture Circus give themselves, this is an alternative-rock band with an emotive and mature sound.

While they officially formed in 2014, the band’s origins stem back to 2012, when mates James Eyre Walker (guitarist and vocalist) and Jack Killalea started writing songs together. Although Jack moved overseas and the Vulture Circus line-up expanded, these songs established the band’s direction and would later be released on their 2015 debut EP Blue.

“All of the songs on Blue (except Underground) were initially what Jack and I worked on years prior. I think it serves as an important document of what this band was at that point in time,” said James.

“We never made any deliberate decisions to sound a particular way. In hindsight though, what we wrote clearly reflects the music we were listening to at the time – Mogwai, Cloakroom, Sleep Decade, Toe and the first two Arcade Fire records.”

Fellow guitarist and vocalist Chris Langenberg, says despite the drawn out recording process, it’s great to finally have their music out there. He lists playing at Trinity Hall to a solid crowd for their EP launch as one of the band’s biggest highlights so far, and says the support from fans has been amazing.

“To think that people connect with our music is so humbling,” he said.

“It’s so incredibly odd and special that some people really seem to care about what we’re doing. There’s definitely nothing at all quite like how that feels,” adds James.

Having made their first festival appearance at Jungle Love in November, the band is eager to play more festivals this year, make another record and perhaps play a show with black and white horror movies as visuals.

Listen to Vulture Circus’ debut EP Blue, and catch them at Black Bear Lodge this Saturday, 9 January for their first headlining show of 2016. The band also play The Foundry on 26 March.