Spotlight On: The Stray Selection 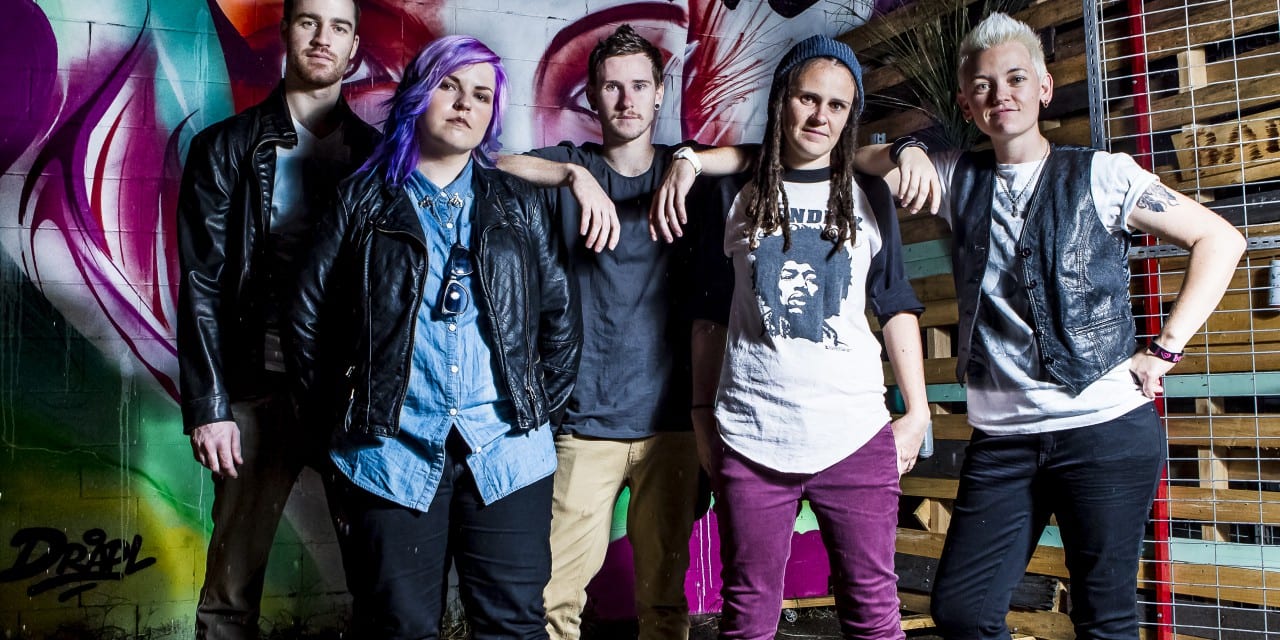 With strong female vocals and a rocking attitude, Brisbane alt-rock outfit The Stray Selection liken their sound to that of Evanescence, Paramore and Killing Heidi.

Since coming together in late 2012, the band have been a part of some cool local projects. Earlier this year they took out second place at the Ipswich Battle of the Bands and recorded their songMr Hide for the final Indie 100 Project.

“Mr Hide was written from an ugly experience with some industry ‘professionals.’ We love playing the track, it’s a big F YOU to all the nasty people out there,” said Kristen (guitarist).

Fans will soon be able to hear more of the band’s kicking rock tunes, with their debut EP Victim of Circumstance due for release at the end of October. The EP title is fitting, considering the band’s music is inspired by their thoughts, feelings and life circumstances.

“We’ll take a simple line and turn it into a story. Sometimes unintentional meanings pop up in our songs too.”

Victim of Circumstance was produced by Curtis Hatton at Studio Truth in Brisbane and mastered at Secret Studio in Melbourne. The record features three tracks from the band’s ever-growing collection of songs.

“We always have a bunch of tracks floating around, so choosing the songs for the EP was fairly easy. One is our first ever song, another is one of our best, and the last track is about zombies.”

Drawing on influences that range from Jack Johnson to Metallica, The Stray Selection’s debut EP is sure to appeal to a wide audience. The band has made it their mission to shake the ground we all stand on, so get ready to rock when Victim of Circumstance drops!

Find out more about the band on Facebook and listen to their previous work here.