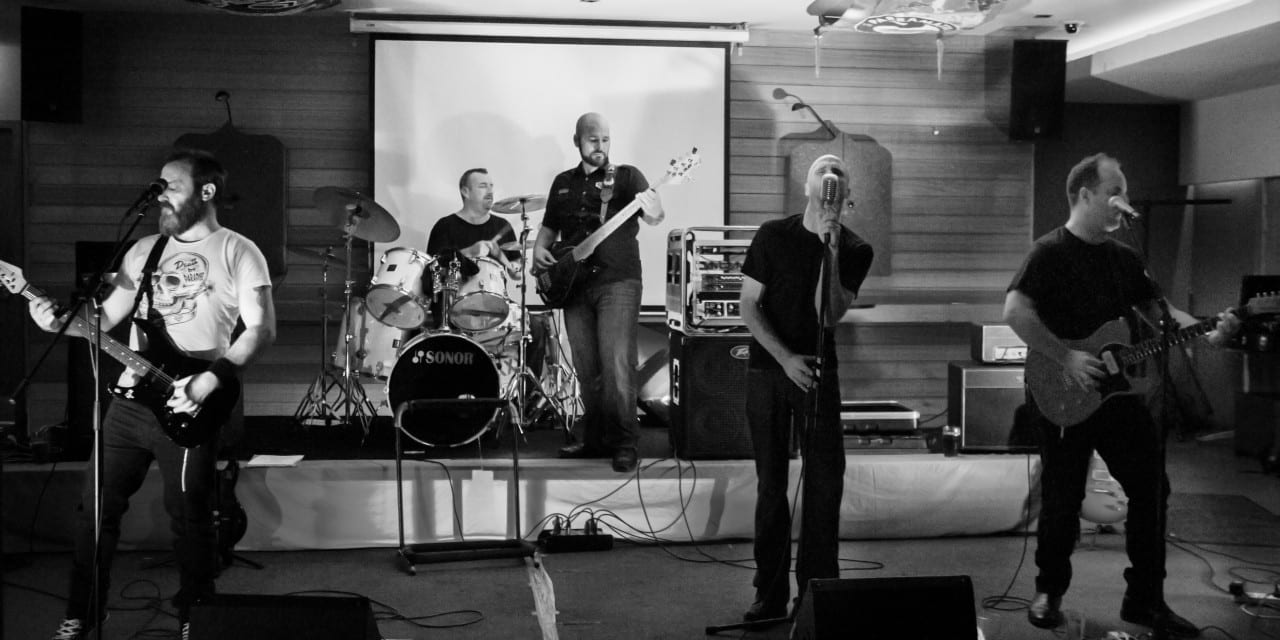 Sticking together and supporting one another is what got Brisbane rockers Speedracer where they are today. After overcoming numerous personal adversities throughout the past decade, the band have shown they’re a force to be reckoned with, releasing their debut album Deadly Breed earlier this year.

Coming together in 2005, the Speedracer line-up was complete when lead singer Jason Vowles joined the band. After meeting Jason through their work in construction and finding out he was a singer, guitarist Andrew Waterfield says he decided to show him some demos the band had been working on.

“We gave Jason our demos and three days later he came back with lyrics written for all of the songs. That was the defining moment that started Speedracer. From there we all agreed that we wanted to write songs that were heavy, short and catchy, like a three-minute roller-coaster ride,” said Andrew.

Since then Speedracer have released an EP (Sideshow Alley) and their debut album Deadly Breed. Andrew says the main difference between the two records is that the first employed basic arrangements, whereas the latter is more dynamic musically.

“We enjoy listening to well-crafted songs regardless of genre, and that influenced our song-writing for Deadly Breed. We aimed to create catchy songs that cover a wide range of topics from personal to universal on a sonic buffet of sound.”

The album features 10 songs that cover issues like people shoving their opinions down your throat (Black Days), having faith in yourself (Cry To The Heavens) and waiting for someone to make your night (Bring It Over). The band are currently working on a music video for the album’s first single Shoulda Seen It Coming with plans to release two more singles as well.

Over the next couple of months, Speedracer will continue their Queensland album tour with interstate shows also on the cards.

“It will be good to play some local shows as well as going interstate towards the end of the year, we’ve missed playing live over the last few years! We’re looking forward to spreading the Speedracer sound and showing punters that rock isn’t dead!”

For a rip-roaring good time, have a listen to Speedracer’s debut album Deadly Breed and get along to one of their upcoming shows!