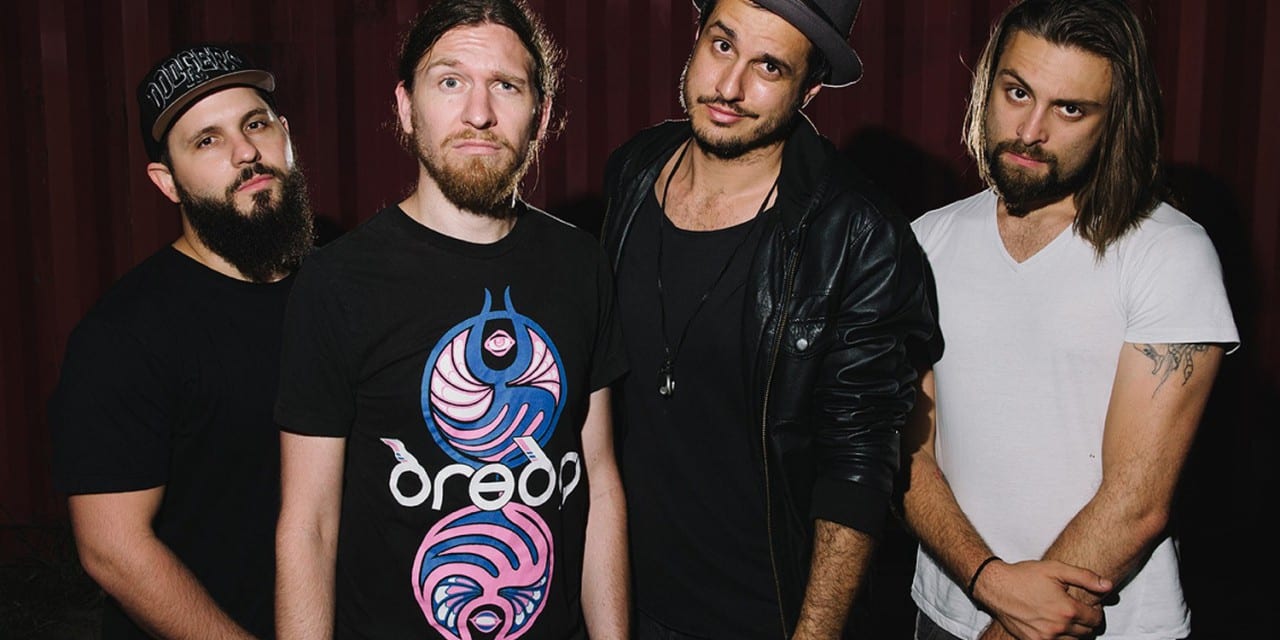 Osaka Punch have worked hard over the past decade to establish themselves as one of Brisbane’s must see bands. Drawing on an eclectic array of influences including Tool, Faith No More, Kora, James Blake and Yeo, Osaka Punch’s sound is a blend of brutal pop, rock, funk and metal.

With a number of releases under their belts, the band decided to take their music abroad, relocating to the United Kingdom in 2013 – an experience guitarist Chrispy says was a rewarding challenge.

“We basically had to start from scratch in a place where nobody knew who we were.  It was a harsh reality. We went from playing for our fans in Australia to booking shows in small venues in the UK and really doing the hard yards to prove ourselves to a new audience,” he said.

“It really forced us to hone our live show and put everything we had into it. In turn that made us better as a band and pushed us to the next level as a professional touring outfit.”

Osaka Punch’s time abroad also helped them write more collaboratively as a group, with Chrispy describing the music they made as their “catchiest, funkiest, and heaviest” songs to date. Their new single Stonk (which was recorded in the UK) is a testament to this, teaming heavy grooves with punchy, meaningful lyrics.

“Stonk is about being trapped in a system of mild mannered oppression, whereby we’re led to believe that if we follow the rules, we’ll live and die happy. But due to its cyclical nature, and the upper echelon who feed us these ideals through mass media, we’re never truly able to attain freedom and happiness.”

Stonk is just a glimpse of what is yet to come. Since returning to Australia last year the band has been working on a new album which Chrispy says contains a decent slab of complex time signatures, dance inducing grooves, ball-tearing heavy riffs and smooth pop melodies. They’re also busy preparing for their Stonk East Coast Tour which kicks off later this month.

“We’re super excited to get back on the road in Australia! We haven’t played any Aussie shows apart from Brisbane for over two years! It’s going to be fresh!”

Osaka Punch are back to rock the socks off of the Australian music scene once more, so make sure you’ve got your tickets to their Stonk tour!