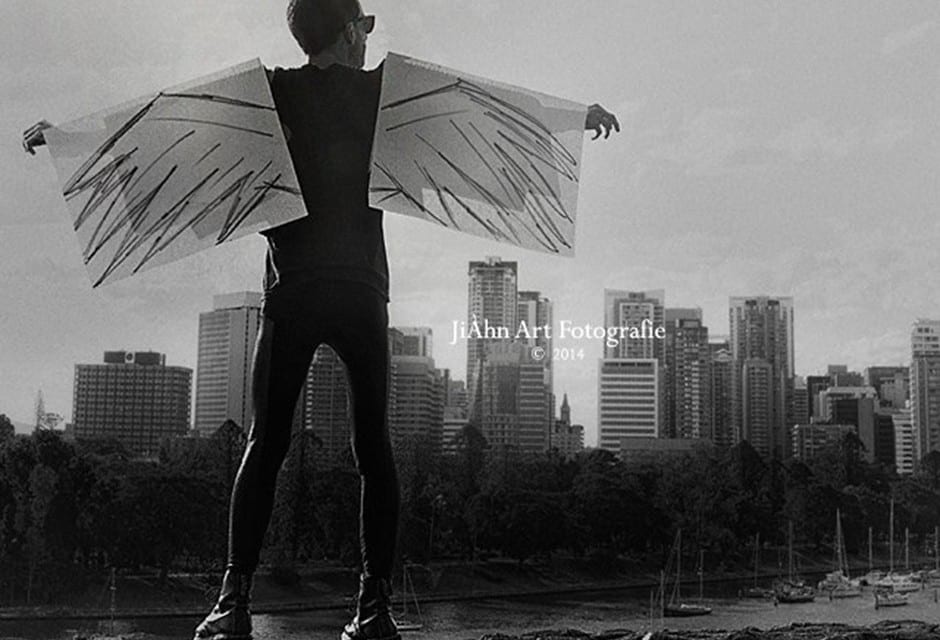 Since the age of 14, Josh Hill Denaro knew he had to be a singer. Fast forward to today, and the 26 year old is realising his dream, releasing his debut EP Fear of Freedom last month.

Growing up listening to artists like Lesley Gore and The Angels, Josh says it was hearing Brisbane band George’s debut album Polyserena that encouraged him to pursue his passion for performing.

“I always wanted to sing but didn’t think it was possible for a very long time. As a teenager, being introduced to artists like Katie Noonan from George, Sarah McLachlan, Tori Amos, Bjork and Fiona Apple – strong, fiercely independent women – was very inspiring. These artists helped shape my music and who I am today,” Josh said.

Fear of Freedom is a massive triumph for Josh, whose journey to share his music has seen him overcome self-doubt, depression and anxiety.

“It has taken me a little while to get to the point where I’m comfortable performing in public. Getting up on stage and performing by myself without a band for support is definitely the hardest aspect for me, but I’m determined and I make it happen!”

Josh says writing Fear of Freedom was cathartic, with each song being autobiographical to some extent.

“I want people to know that every word I sing, and every song I write comes from an authentic place. Song writing is one of the few instances in which I feel comfortable being brutally honest. In most environments I feel people (including myself) become different versions of themselves in order to cope. At least in music the only person I ever have to answer to is myself.”

Just like a good book, the songs on Fear of Freedom leave a lasting impression. A culmination of hard work and determination, Fear of Freedom speaks to the journey Josh has been on.

“If I help even one person realise they’re not alone by sharing my experiences through song, then I feel I have achieved something great.”

Listen to Fear of Freedom here, and get ready for some major feels!