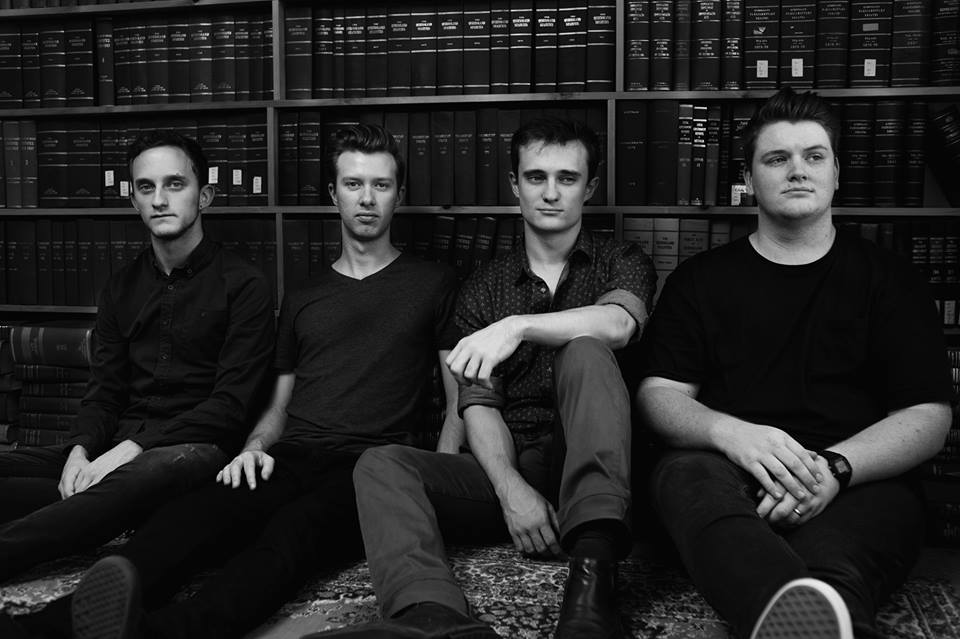 Formed in the latter half of 2014, inovo (lowercase ‘i’ intentional) is one new Brisbane rock band to keep an ear out for. In their first year together, they’ve already played at iconic music venue The Zoo, and recorded their debut EP which is due for release in October.

With songs that emphasise storytelling, inovo’s upcoming EP will go down well with fans of concept albums.

“All four tracks on the EP explore different kinds of fear – the unknown, the dark, evil and death,” said the band’s vocalist and bass player, Declan Nicholls.

“The music itself creates the atmosphere, and the lyrics convey the story.”

This approach is evident on the first teaser track the band released from the EP – Jabberwocky – which as the title suggests, was inspired by Lewis Carroll’s poem of the same name.

“The lyrics for Jabberwocky tell a story from the perspective of a father telling his son about how he slayed a beast so his family could live without fear. I wanted to make the listener feel the awe and terror of the story, and the courage of the man facing it,” Declan said.

Having all studied music together at university, the band decided to self-produce the record, which guitarist Jamie Pettersen says was a valuable experience that helped them refine their musical direction.

“Producing the EP was a collaborative effort from the whole band. I feel like having three other people that really knew the songs and their potential was a real asset,” Jamie said.

With their debut EP due out in October, the band is working on creating interesting visual material to showcase alongside their music, with gigs in Brisbane and beyond on the horizon.

For now, you can get a taste of what’s to come by listening to the Jabberwocky teaser here.