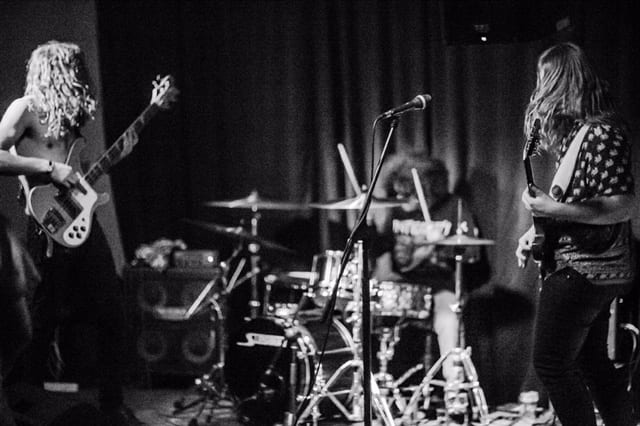 Hobo Magic’s deep passion for social, environmental and political issues inspires every song they write. If you like groovy rock music you can learn and draw meaning from, take note!

“Music can be a powerful tool to spread a positive message. We wanted to write music that would inspire people to try, in their own way, to make a positive change in the world,” he said.

The band’s second album, which they’re currently recording, has similar lyrical content and captures their “hobo groove.” Connor says one of the standout features of the album will be a 35 – 40 minute concept piece they’ve been working on.

“It’s the longest song we’ve written and it goes to all kinds of wacky and groovy places following the experience of a guy who astral travels through history.”

“It’s inspired by the nature of human beings and how we, as a race, always try to be the strongest and most powerful no matter what the cost may be. We start wars, rape the earth of its resources and enslave our fellow man for the selfish cost of our own benefit.”

Hobo Magic will be giving fans a taste of their new tunes when they take to the stage at Mojo Burning Festival next week. Having played at last year’s festival, they’re looking forward to letting their hair down and enjoying some good music.

“We’ll be smashing the rider beers and getting amongst the festivities! There’s always a band that we haven’t heard and tons of rad music getting grooved out – the vibe is great!”

So if you want music you can both groove to and think to, make sure you give Hobo Magic’s music a spin, and catch them at Mojo Burning Festival next week!