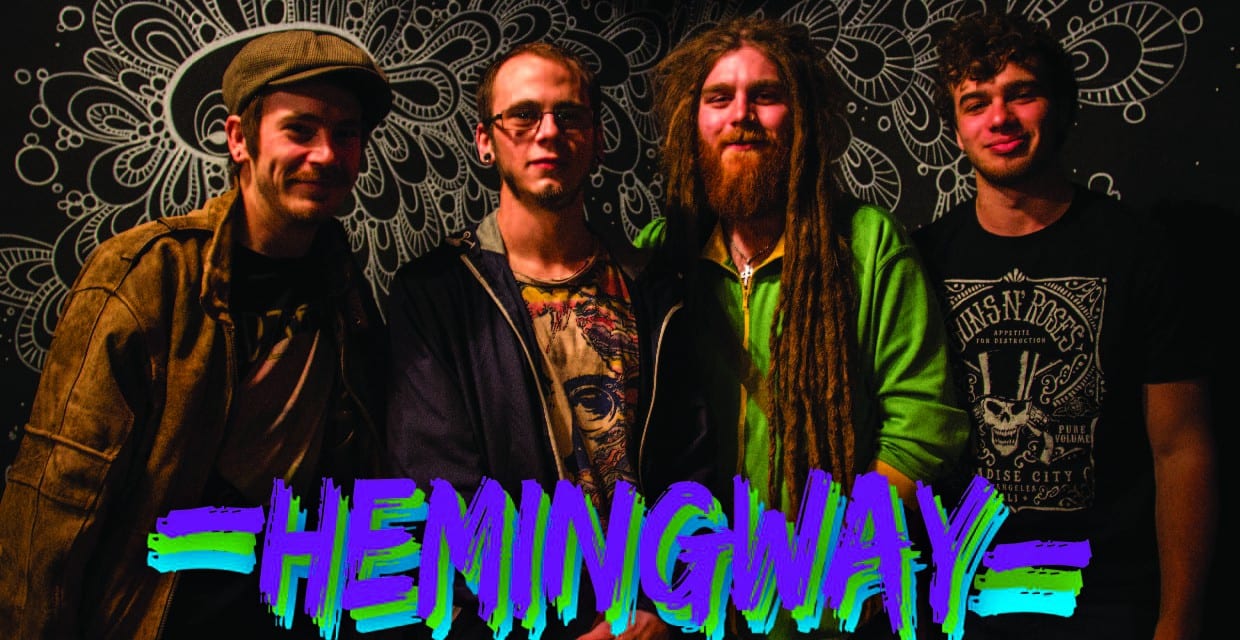 Hemingway have just celebrated their one year anniversary as a band, and what a grand first year it has been! In the past year, this awesome foursome have brought their rock-reggae fusion to the stages of Brisbane’s hippest venues, and released their debut EP Carnival Of Freaks.

Influenced not only by the music, but also the culture and ethos of artists like Red Hot Chilli Peppers and Bob Marley, vocalist Brad ‘BG’ Hemingway says the band’s first record is just a taste of what they have to offer.

“Carnival Of Freaks was kind of pieced together as time went on. It attempts to give people a high quality sampler of what we as a band can do, both live and in the studio,” he said.

“We hope listeners take away a feeling of enjoyment and inspiration from the EP, and get the songs stuck in their heads long enough that they’ll want to keep listening.”

Listeners have certainly responded to the band’s good vibes music, with their first single Another Dimension making it into the Triple J Unearthed Top 20.

“Another Dimension is about having music as your escape – a catalyst to take you to another dimension where everything is relaxed and chill. I wrote the song after going through a rough patch, where my only muse was listening to loud music to forget about everything.”

With soulful melodies, and a warm, hypnotic feel, Hemingway create music you can both unwind to and dance to. In their first year as an independent band they have achieved a great deal, and as they move into their second year of making music together, Brad says they’re looking forward to achieving even more.

“We’ve got a music video for Another Dimension in the works, and are also getting some merchandise made. In the next year we’d like to release another EP and nab some more support slots for national and international touring bands.”

Happy one year anniversary lads, here’s to another year of making music the Hemingwaaaaay!

Follow Hemingway on Facebook, and stay up-to-date with all the latest Hemingnews by signing up to their newsletter here.