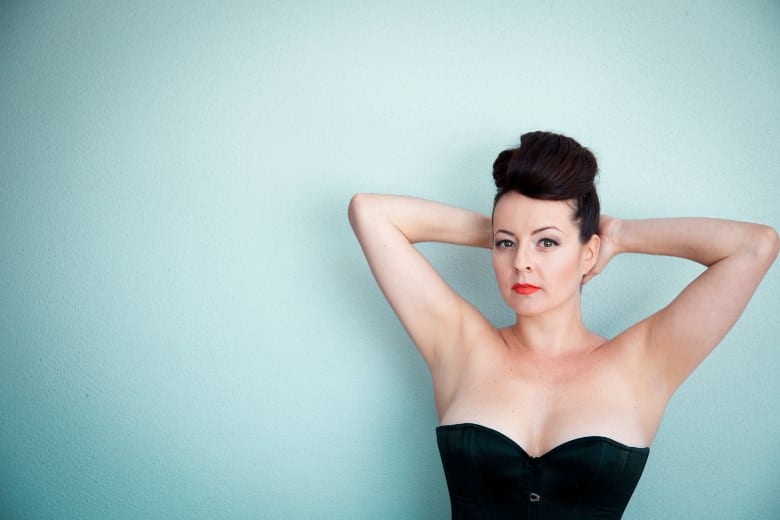 Brisbane pop beauty Francesca de Valence is spreading good vibes, inspiring listeners one sweet song at a time. With her album Own Self debuting at #9 on the Itunes charts in November last year, she’s not just a positive presence in the industry but also a creative juggernaut to keep an eye on.

Learning music, formally and informally, is something Francesca says she did from a very young age, honing her skills through performances available at school, music lessons and community orchestras. These experiences she says, guided her decision to pursue a career in music as an adult.

“I did consciously make a choice as an adult that I would continue a career as a musician. It was an easier choice to make as I had skill, experience and passion. The childhood dream was to be an artist of some kind or the first female Prime Minister – Julia took that though,” she said.

Her decision to become a professional musician has seen her travel the world playing in ritzy hotels and sharing stadium stages with one-named acts, including a stint as a back-up singer for Michael Bublé. She’s won song-writing awards in Australia and Los Angeles, and in 2014 she launched I Heart Songwriting Club – a platform for song-writers of all abilities to improve upon and share their skills.

Not one to rest on her laurels though, Francesca keeps a level head and has a healthy approach to navigating the music industry, separating the industry itself from her art.

Francesca’s debut album Own Self reflects this positivity, detailing her journey of personal growth in an unapologetic and expressive way. Although she is stoked the album made it to #9 on the Itunes charts, it’s the support of her fans that helped get her there that excites her the most.

“What I loved though, was the momentum that came from all my fans and supporters spreading the word about my album – they really helped push it up the charts from Top 100 to number 9!”

Although she has already achieved so much, this is just the beginning of Francesca de Valence’s ascent to the Australian pop throne.

If you want to be inspired by beautiful, meaningful music, purchase a copy of Francesca’s debut album Own Self and catch her at one of her upcoming shows (details below)!