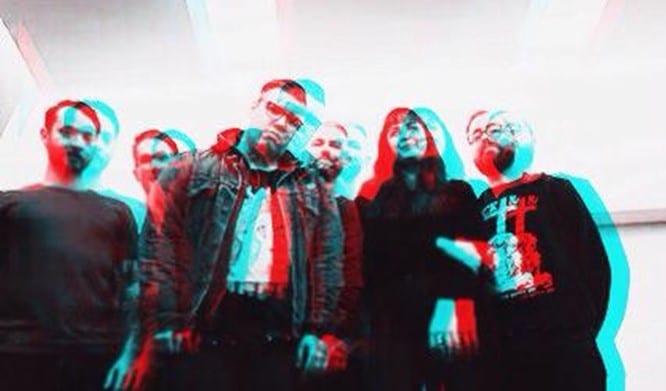 Brisbane shoegaze/noisepop group Deafcult are a force to be reckoned with. In the six months since forming they’ve already released their debut self-titled EP, toured cities around Australia and are busy planning their full length LP.

The members of Deafcult have known each other for years with many having played together previously in bands such as Roku Music, The Gifthorse and The Larch.

Seamlessly combining the experience and sounds of their previous efforts, Deafcult demonstrate the great things that can be achieved when a group of people commit to following an idea.

“We came together extremely fast. One of our guitarists had a bunch of demos recorded which he sent around to all of us, and a couple of weeks later we were all in a practice room together,” said bass player Allan.

The unmistakable shoegaze/noisepop sound they have created is mature and can be credited to the band’s organised approach to song-writing and rehearsals.

“The song-writing process has mainly revolved around one or two of our guitarists having pretty well fleshed-out ideas, and recording demos for us to listen to and work with between our weekly rehearsals. That way we’re not wasting too much time when we all get together.”

“Generally there’s a bit of tweaking involved, but that’s essentially been the process so far.”

“A great deal of noise, very little in way of banter, and probably a few laughs from watching all six of us trying to cram onto a tiny stage!”