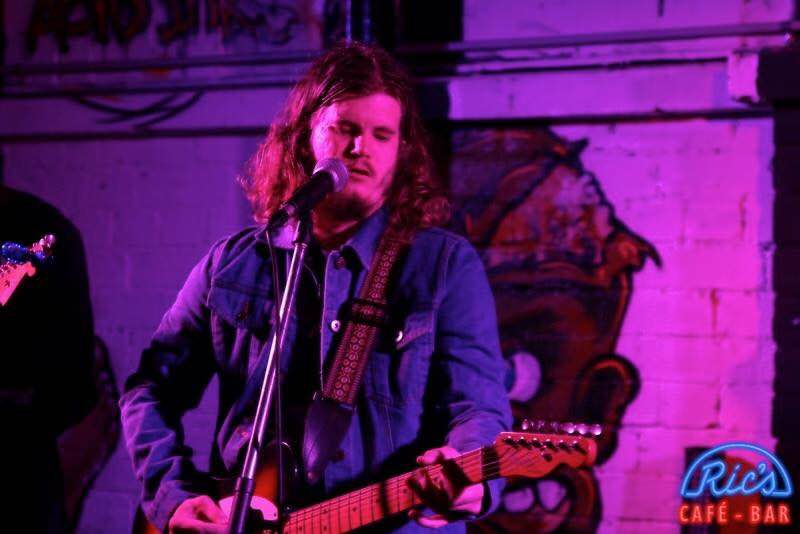 Brisbane country musician Byron Short started out wanting to be Elvis Presley when he was five years old. Since then, he’s absorbed almost every musical influence imaginable from Beethoven to Bob Dylan and far beyond.

While Elvis and Dylan are his biggest influences, Byron describes his sound as a blend of Johnny Cash, Tom Petty and Smokey Robinson. His latest album, No Way Out gives nod to American rockabilly, country and blues, with some soul and gospel in the mix too.

“No Way Out is actually a response to an album I released eight years ago in my youth called The Way Out. It’s a coming of age record that acknowledges things change and get harder as you grow older,” he said.

“The album is made up of some barnstorming, ‘heart on sleeve’ rock tunes and restrained, storytelling ballads, which I think represent my abilities as an artist quite well.”

Byron hopes to take his music to a wider audience in 2016 and is already working a new album with his band The Sunset Junkies.

“The new album is written and we’re currently in rehearsals. It’s called Revelations and it’s a rock record steeped in blues and soul. Lyrically it’s pretty heavy as it addresses some dark subject matter, but it’s an honest reflection of where I was at during my last song-writing period.”

With plenty more great music to come, Byron says he couldn’t imagine being anything other than a musician.

“I really never imagined anything else for myself. As long as there’s song in my heart I’ll always be on this path – I have no choice really.”

Find out more about Byron and his music, and get along to Country Conquers Cancer this Thursday, 28 January at The Zoo to see Byron and 20+ other country starlets perform in support of their friend Garry Wood and The Leukaemia Foundation. All event details here.