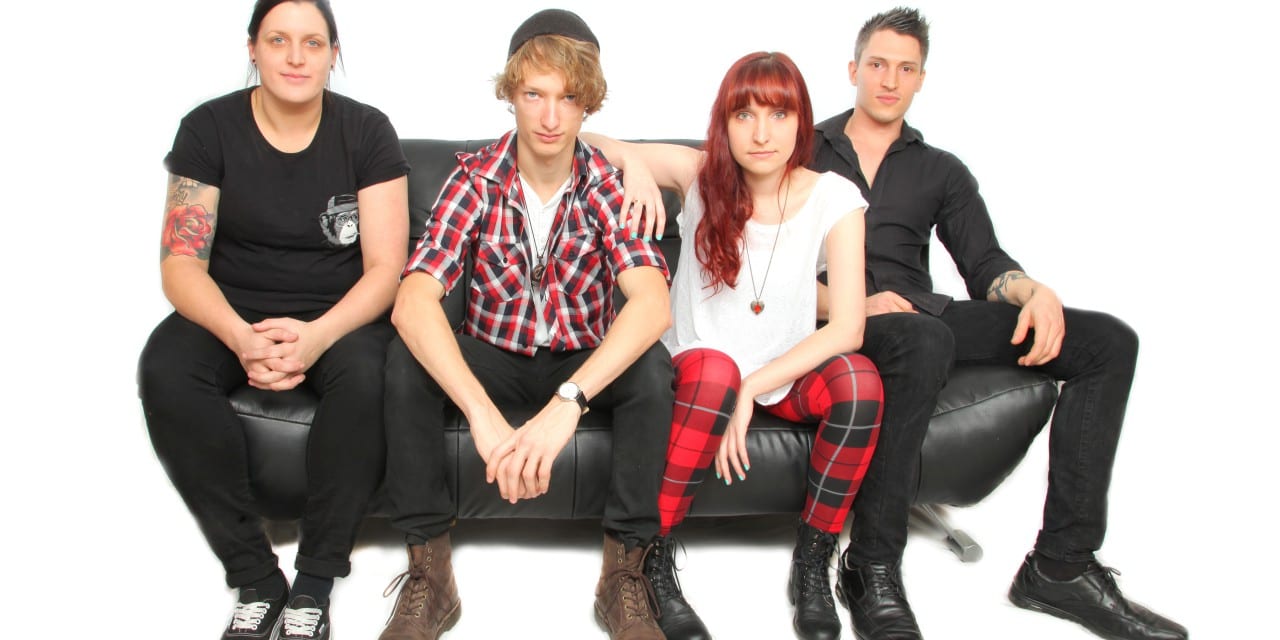 If Evanescence and Paramore had a lovechild, Brisbane rock band 10 Days Notice would be it.

After being thrown together to play a wedding gig and enjoying the experience, they decided to form a permanent band in 2014. Whatever you want to call it – fate, destiny, good fortune – these four talented individuals were meant to make music together.

Recording a string of demos at the Queensland Conservatorium of Music last year, the band returned to the studio recently to record their debut EP Through The Unknown, which will be out later this year.

Through The Unknown brings together the musical ideas of each band member, with lyrics that discuss friendship, unrequited love and overcoming adversity.

“The first song on the EP Playing Pretend, was a way for me to express how I felt when one of my childhood friends showed their true colours,” said Emily, the band’s lead vocalist and rhythm guitarist.

“The second song Under The Surface is about having an unshakeable interest in someone who is hard to read, and the final track Freedom From Me speaks of the determination it takes to face your issues head on.”

Through The Unknown was recorded at Palace Studios with producer Caleb James and recording engineer Steve Thorneley. The EP will be out before Christmas and is sure to take the cake as the band’s biggest achievement to date!

Disclaimer: Many burgers were consumed during the making of Through The Unknown, and one of the tracks sneaks in some good ol’ mandolin– good luck trying to guess which one!

Head over to the band’s Facebook page to get the latest goss on the EP is going to drop!