Spotlight On: The Mouldy Lovers 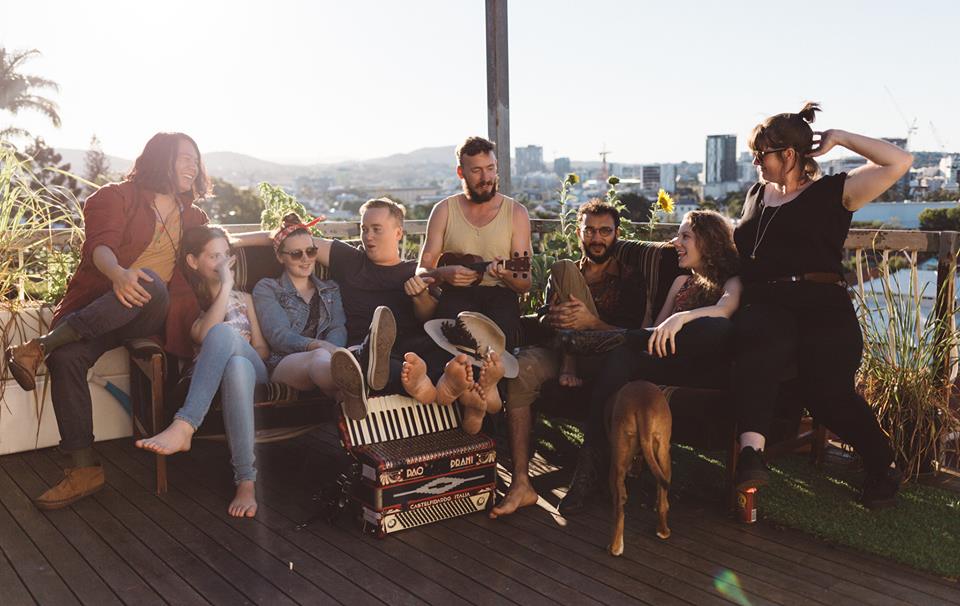 Whether they’re playing on a street corner or at a festival, The Mouldy Lovers are committed to making each of their shows memorable. Not concerned with the pressure to “make it,” this Brisbane eight-piece are instead driven by a shared love for different music from around the world.

Formed in 2010, the band fuse elements of punk, ska, folk, reggae and dub to create their own sound which continues to change shape from song to song. They’ve already got two records under their belt (Yonder Ruckus and Mondegreen) and are preparing to release their new single Civilised Crossfire next month.

Inspired by Australia’s involvement in the conflict in Syria, Civilised Crossfire isn’t a political song, but more a personal reflection on how we all seemingly play a role in international affairs.

“Civilised Crossfire reflects on the mechanics of war, the profiteering, the perpetuation of fear, highly opposed opinions on immigration and refugees, Islamophobia and how the mainstream media stirs up fears of terrorism, ISIS and your neighbour,” said lead singer and vocalist, Gavin Cook.

“When writing the lyrics, I came at the subject from a personal angle and asked myself: how do I fit into this narrative? What is my involvement in this war, as a middle-class Westerner, with no first-hand experience of these atrocities?”

Such passion for social issues, has seen the band play at rallies and marches, which Gavin recalls as some of the most rewarding experiences they’ve had together. Civilised Crossfire continues their plight, and is the first song from a new batch of tunes they’ve been working on.

“We’ve been jamming and with so many minds at work it can be a real adventure. We’ve been throwing around a lot of different styles, trying to avoid the idea of what a Mouldy Lovers song should be.”

“We’re trying to play around with texture and colour, use different guitar and organs and engage in more vocal experimentation. A quest of pure expression.”

The Mouldy Lovers will be unleashing Civilised Crossfire at a single launch party at the Zoo on Friday, 17 June. If you like catchy, thought-provoking music, make sure you check them out!