Spotlight On: The Francis Wolves 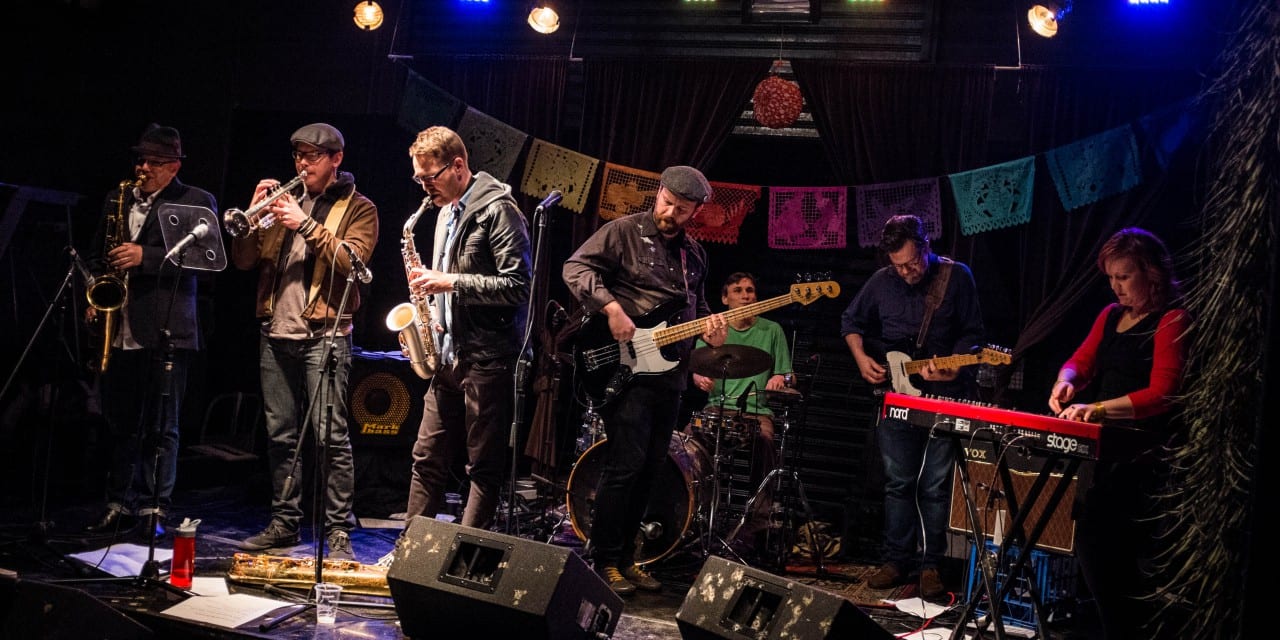 Brisbane instrumentalists The Francis Wolves started out as a three piece house band for Gertie’s Bar & Lounge in 2009. Fast forward seven years and these merchants of garage-afro-soul are getting ready to release their self-titled, debut album on 11 April.

Featuring their first two singles Valley Heat and Gothic Surf Club, the album is a collection of tunes that draw on and combine the musical influences of all eight band members.

“Our chief songsmith Brian was watching a lot of Sergio Leone films and listening to the original Nuggets psych-rock compilation, so that kicked things off. Then the rest of us added our flavours to the pot; heavy funk, jazz, afrobeat, soul, desert rock and more,” said guitarist Jason Elliot.

Jason says working with Donovan Miller at Tym Guitars in Fortitude Valley to record, mix and master the album enabled them to capture their live sound whilst giving the record a “tough fuzz and grit vibe.”

“We enjoy playing hard and showing people that funk can have attitude and be heavy whilst still being groovy as hell. One of the main things we wanted to accomplish was to transfer the energy of our live shows onto the record and give people a bit of a jolt (in a good way).”

Ever the DIY gurus, The Francis Wolves will be releasing the album through their own record label Valley Heat Records. Run by Jason, Brian and band manager John Russell, Valley Heat Records is a passion project born from the desire to release the record on their own terms.

“Valley Heat Records is a way for us to put out The Francis Wolves album the way we want to and the more we talk to other people about it, the more we’ve realised there’s a little gap in the Brisbane market we can fill.”

The band also launched a Kickstarter campaign a few weeks ago to help fund the release of the album. As part of the campaign, fans can get their hands on goodies like the test pressing of the album, signed albums and posters, T-shirts, and even poems written by the band.

“The main benefit of Kickstarter is that our fans get to be a part of the process. We’ve done a pledge campaign before and our fans were great – I think they’re passionate enough to get us over the line again with this release.”

While the album officially drops on 11 April, fans heading along to The Francis Wolves’ album launch at The Bearded Lady on 8 April will be able to grab a copy earlier. Fans in attendance will also be treated to a few surprises on the night.

“We’ve got some surprises in store for this one, including some special guests joining us on stage for vocal renditions of some tunes that you wouldn’t expect to hear from a band like us!”

To support the release of The Francis Wolves’ debut album (out 11 April) and snag yourself some cool goodies, check out their Kickstarter campaign, and get along to their album launch on 8 April, at The Bearded Lady.  All event details here.