Spotlight On: The Floating Bridges 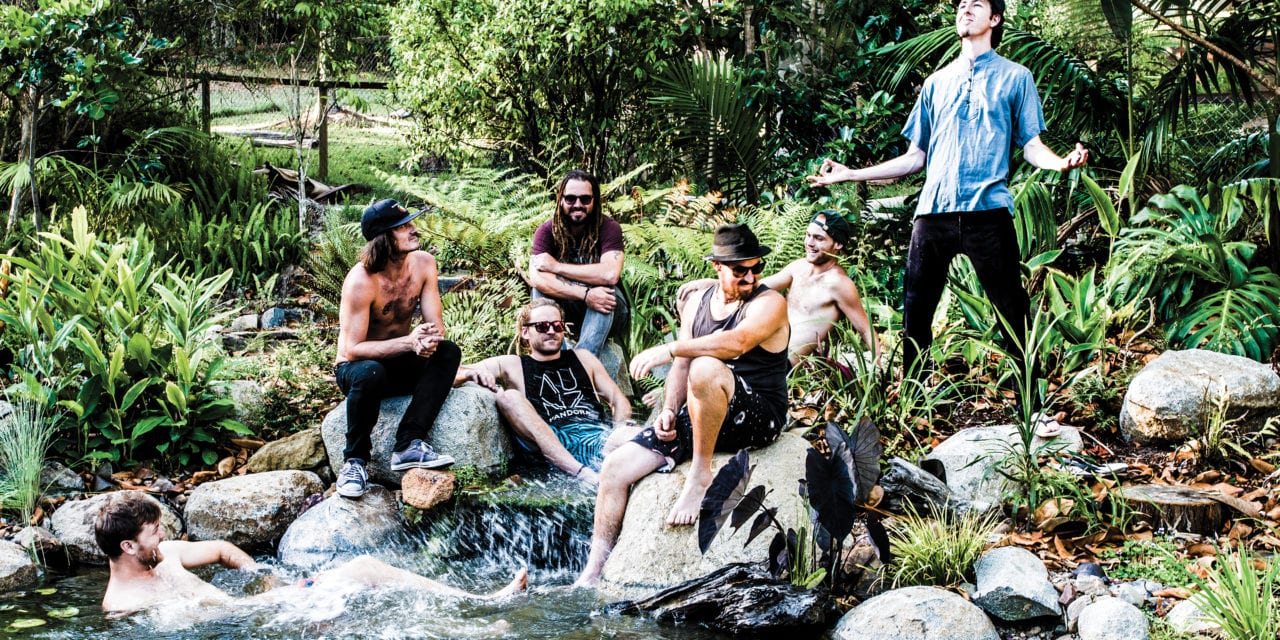 Since bonding over a shared love of roots music in 2009, The Floating Bridges have become one of the Sunshine Coast’s finest musical exports.

Inspired by the likes of John Butler and drawing on styles such as reggae, rock, funk, and pop, ‘the Bridges’ as they’re affectionately known, are committed to spreading positivity through their music.

“Music is one of the most powerful ways to connect with people and get a message across. One thing we’ve always tried to maintain, is a real sense of positivity and hope in our music,” said bass player Rohan Nitschke.

“While there’s a lot of shitty stuff going on in the world we try to avoid lamenting those things and focus instead on showing people there’s plenty of good in the world too.”

The release of their latest album Creatures Of Leisure saw the band embark on an Australian and UK tour last year with spots at coveted festivals including Boomtown Fair (UK), Secret Garden Party (UK) and Caloundra Music Festival.

“Taking our music overseas to the UK for the first time was challenging and fun. We have a distinctly Australian sound which they really seemed to love. It was like we were giving them a little insight into our culture here at home.”

Back on home soil, the band have just released their new single Finer Things In Life which is already gaining traction as a summer party anthem.

“As the title suggests, Finer Things In Life is about everything we love to do – hitting the beach, drinking beers in the sunshine and listening to awesome tunes.”

Playing a mixture of tracks old and new, The Floating Bridges are keen to get revellers moving at their Finer Things In Life single launch in Brisbane this Saturday night.

“We have a whole bunch of new stuff we’re playing, and we’ve also gone right back and started playing some of the earlier stuff for the true fans who’ve been backing us since the start.”

Catch The Floating Bridges at The Boundary Hotel on Saturday, 14 January. All event info available HERE.