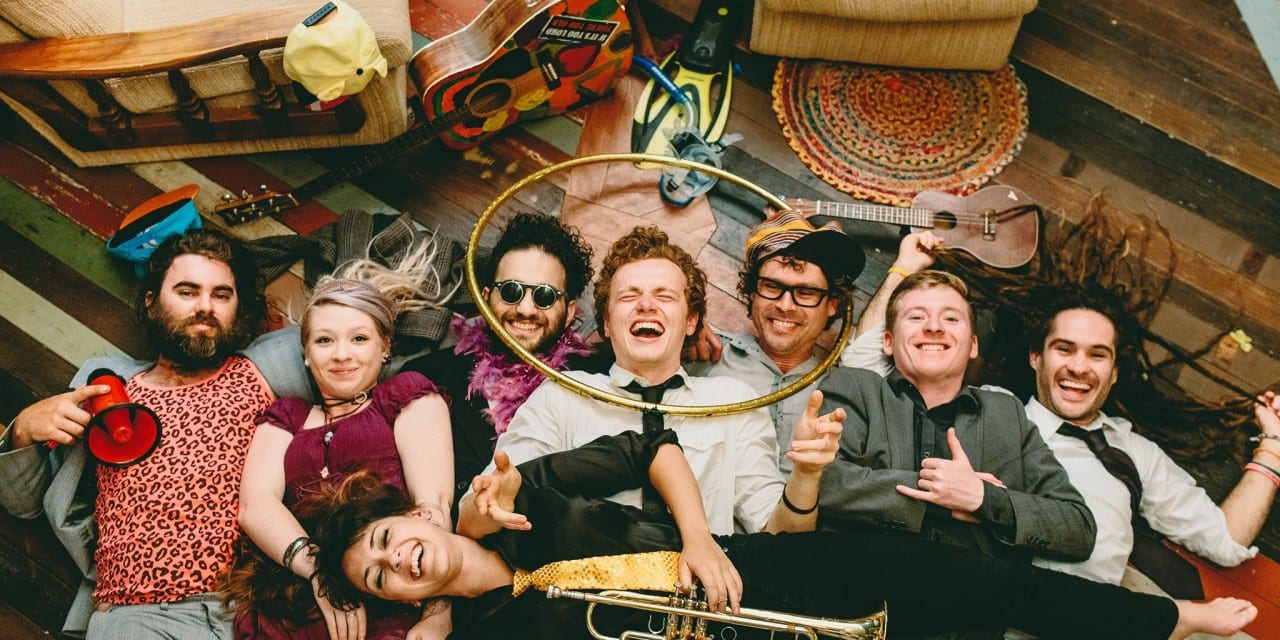 They say too many cooks spoil the broth, but for Brisbane eight-piece Fat Picnic that simply isn’t true. Evolving gradually since 2012, Fat Picnic are a bunch of like-minded musicians on a mission to make fun and genuine music of the soul, roots and reggae kind.

With new frontman Graham Moes on board, Fat Picnic have been busy cooking up some new singles for 2016, and working on their first, full-length record. Joking that their song-writing process often feels like 100 people are pitching in, Graham says everyone’s diverse musical backgrounds keeps the band’s writing interesting.

“Everyone approaches song-writing with an open mind, which gives us the opportunity to experiment. Everyone brings something totally unique to the table; for example, everything Hughie writes is upbeat and fun whereas everything I do ends up being dark. We call our Yin Yang effect ‘Happy Hughie’ vs ‘Moody Moes,’ he said.

Eager to put their best foot forward, the band want to rearrange the status quo of the genres they work within. Likening music to a Rubik’s cube, where each coloured side is a genre of music, Graham says their upcoming record will be a multi-coloured blend of redefined styles.

“We’re living in a time where all genres are fair game for being mixed together in new and interesting ways. We plan to mix that Rubik’s cube (aka our music) up until it’s a multi-coloured, unidentifiable mess, then re-solve it and invent new colours.”

“I think Fat Picnic belongs at festivals – we absolutely love them. We are a party on the stage; a musical feast that fits in well with the festival vibe.”

Fat Picnic will be appearing at Surfers Paradise Festival this Saturday, 7 May before embarking on a mini-tour of New South Wales. They’re looking forward to playing shows in new places, having fun, and expanding their fan base.

“It’s always awesome to travel and play music at the same time. We just want to share our music with as many people as possible!”

Listen to Fat Picnic’s latest single Sand Gremlins, follow them on Facebook and catch them at one of their upcoming shows.