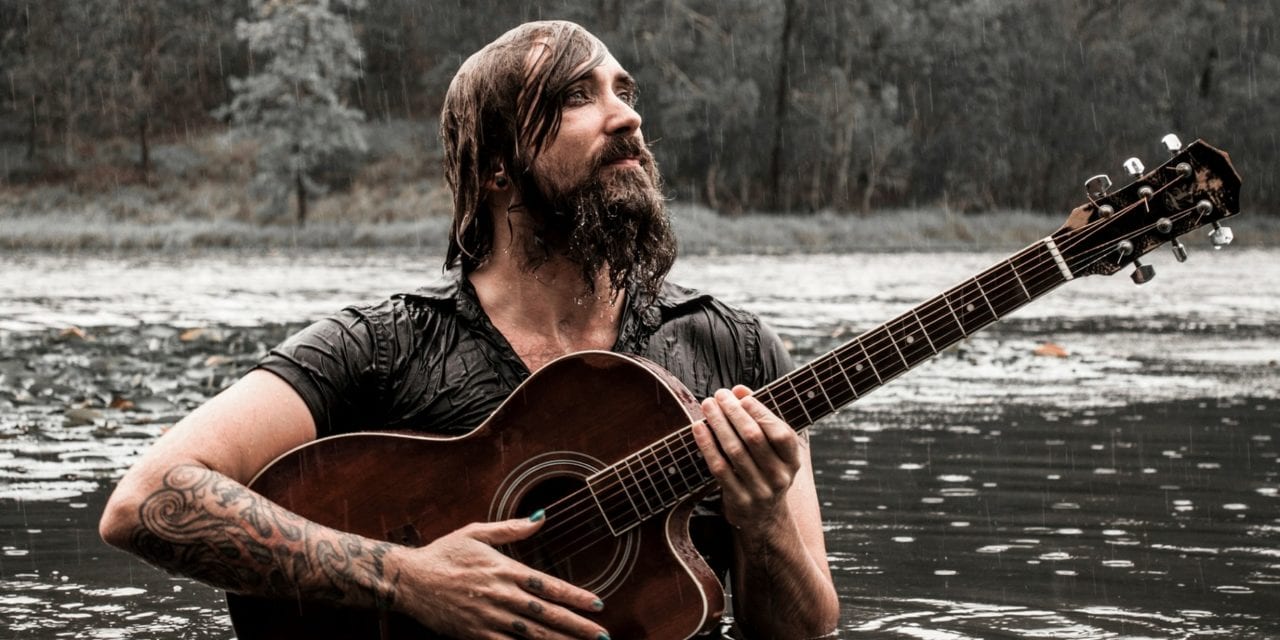 Raised in a small North Wales village on his mum’s enviable vinyl collection, acoustic-roots globetrotter, Daryl James, has come a long way since leaving the UK to pursue music on Australian shores – a journey he’s surmised on his latest album Insofar, out 23 March.

Growing up listening to greats like The Doors, Pink Floyd, Led Zeppelin and Bob Marley, it was Australia’s ACDC that first inspired Daryl to pick up a guitar, with videos of Nirvana’s Kurt Cobain his training ground in style and sound.

Learning the ropes performing in pubs from the age of 14, Daryl traded in his band days for solo dreams moving to Brisbane four years ago with only a ruck sack, guitar and $40 to his name. Since then he’s released his debut record, and two singles from his forthcoming album Insofar, the latest of which is Moth To The Flame – an anthemic infusion of acoustic and electronic beats that speaks to being hooked on the distractions of modern day living.

“We’re living in an age where profit is put before human welfare, technology is dulling down our human connection, and we’re very much manipulated into what we consume just for monetary gain as opposed to spiritual growth,” said Daryl.

“We often walk around like zombies with our faces in our devices, choosing this over a real conversation; we are like Moths to the Flame. In all of this, it’s important to become aware of the consequences of our actions, choices and habits however small they may seem, as they are essentially shaping who we are.”

In that vein, Daryl’s sophomore album, Insofar, pays tribute to his past, particularly the musical culture that’s shaped him, unpacking his own life-changing experience of selling all of his belongings and moving to the other side of the world. All lessons he’ll be taking with him on his Insofar tour throughout Australia and the UK.

“Busking in Australia completely changed my world. I will be going back to the UK a new man. I’d never have dreamed getting up in front of a crowd and singling my songs by myself back when I was living in the UK, but now I can’t wait to do it.”

Fans heading along to an Insofar show will be treated to a free copy of the album, new arrangements and the chance to bear witness to Daryl’s “weird and wonderful” OP shop attire which he’ll be buying on tour and donning on stage.

A prolific song-smith, Daryl James has already come so far, but there’s still a long way to go for this career artist who’s in music for the long haul.

“In terms of ‘making it’, I’m not sure if that could ever be a reality for me, because it implies completion. There’s definitely certain goals I’d like to achieve, but I hope to always be pushing the boundaries of my art and having room to grow, I don’t see my music as ever having a definitive end.”

Listen to Daryl James’ latest single Moth To The Flame (HERE), grab a copy of his sophomore album Insofar out this Friday, 23 March, and catch him at one of his upcoming shows.