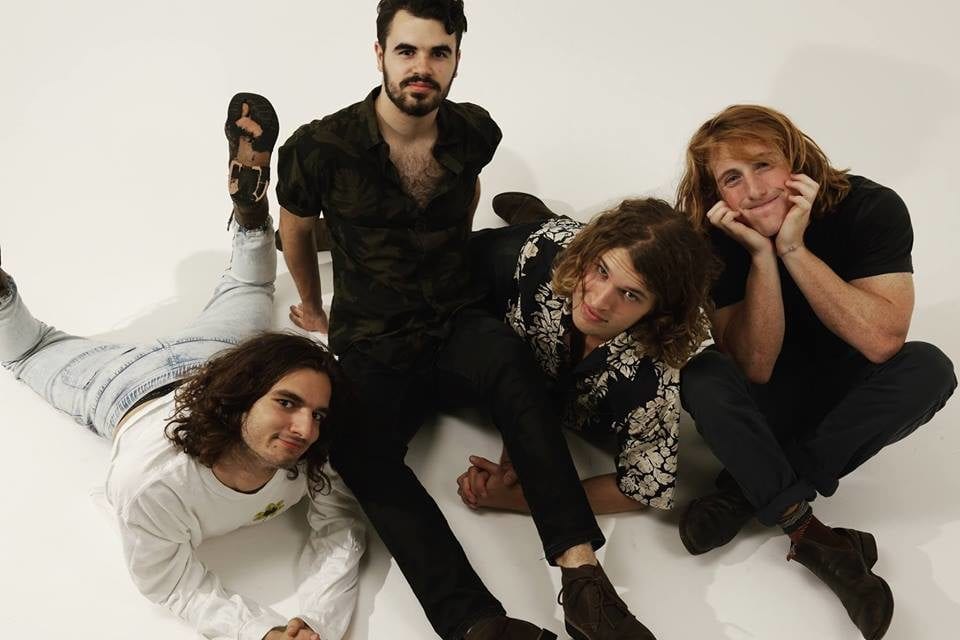 Sunshine State surf-rock frolickers, Shag Rock, have been racking up some serious kilometres in their beloved ‘Shag Wagon’ on their Loosen Up East Coast Tour, and this weekend it’s Brisbane’s turn to get loose!

Described as a track “written to pick you up on those days when nothing has quite gone to plan,” the band’s latest banger Loosen Up is an anthem for every occasion.

With a busy tour schedule that sees them dancing their way from the Sunshine Coast right down to Adelaide, we caught up with the Shag Rock lads to find out how they plan to keep things “loose” while on tour. Here’s what they had to say…

SIX WAYS WE ‘LOOSEN UP’ ON TOUR BY SHAG ROCK

2. During long road trips between shows we don’t talk to eachother in the Shag Wagon. It’s much safer that way. We listen to the radio and eat carrots when it gets really tense. Everyone really values carrot time. It’s a real spirit lifter when someone says ‘hey what time is it’ and you’ve totally forgotten it’s carrot time. Then you go ‘nah I don’t know aye I’m having a shit time in the van aye’ and then they go ‘CARROT TIME!’ Really lifts the spirits!

3. When we’re at a new venue or city/town we always kick the footy. Even if it’s in a really inappropriate place like outside a church or in Woolies.

4. In between shows to relax we listen to Enya and comb each other’s hair. When Enya gets old we put mum’s copy of ABBA Gold on. Every mum has a copy of ABBA gold. When that gets a bit hectic we go to the bakery usually. All the while kicking the footy.

5. When our rider for a gig is generous we down xxxx bitters. Every hour of the day. Nothing finer than arriving at your gig with said generous rider and they’ve got two cases of freezing cold XXXX bitters.

6. During our shows, after we’ve finished playing our fifth ABBA cover is usually when we’ve gotten rid of our nerves and really loosened up. We’re actually an ABBA cover band in secret. When we practice we only play songs from Mamma Mia, but play our actual Shag Rock songs when we go on stage. I’d like to shout out to mum too, she’s flying to Melbourne right now.

Brisbanites can loosen up with Shag Rock at 38 Berwick tonight, Saturday, 26 August!