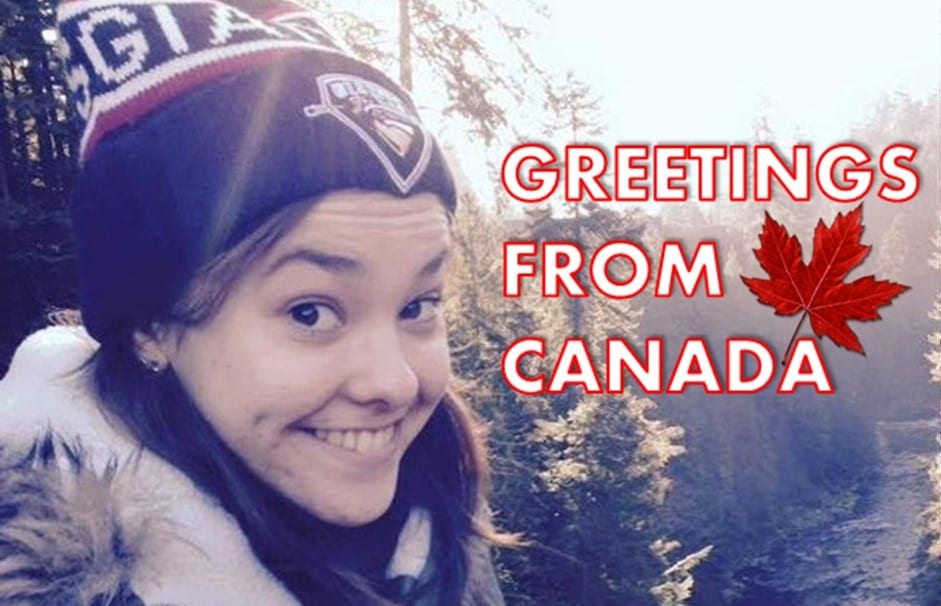 Brisbane songstress Rowen has been overseas for nearly three months, and has settled into life in Canada nicely. Now ahead of Australia day next Tuesday, she’s written a postcard home to tell us all about her adventures!

When I first arrived at Vancouver airport it was strange, overwhelming and one of the most exciting things I had ever experienced.

I felt amazing as a solo traveller. I was ready start a life in a country I had never visited. I was prepared to be an adventurer and excited about new inspiration for writing new songs. But even the most prepared ones can’t avoid a quick cry in the airport elevator when no one is looking!

Since then I’ve settled in. I’ve got a house (with a piano!), gotten used to always feeling ‘slightly cold’, figured out the rules of ice hockey and have been writing like crazy.

I love Canadians! They call $1 dollar a loonie, $2 a toonie, have these cute little beanies called ‘toukes’ and say washroom instead of bathroom. Pretty much no-one drives a car in Vancouver because it’s so expensive, so everyone catches buses or the Skytrain.

The music scene in Vancouver is great! There are plenty of shows on every night of the week. The other night I was at a gig (on a Tuesday) and there were like 50 people there at a local show.

Australia will always be my home, and I miss Brisbane a lot! It’s funny though because I’ve been missing really random little things like hanging the washing on the line in the sun, driving my car through Rode Rd roundabout, and eating roast pumpkin. (I haven’t been able to find pumpkin here!)

I’ll be back in Australia for a visit at the end of the year, and hopefully I’ll play a show or two.