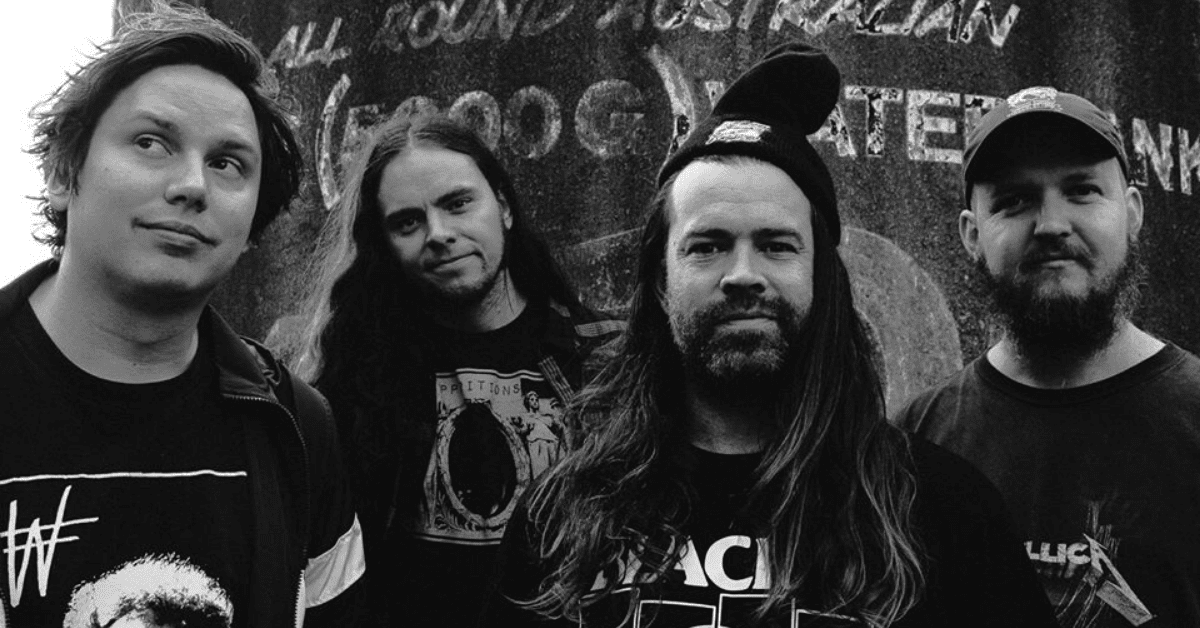 The release of Brisbane icons Violent Soho’s fifth album, Everything Is A-Ok, rates as some of the best news of the year. Now with venues closed and avid music fans reflecting on the nostalgia of live music from only a few months ago, there is a captive audience in dire need of that awesome rock energy the Mansfield natives deliver so well.

Everything Is A-Ok​ continues to build on the tight grunge-rock sound the band are known for. If this album had been released during the peak grunge-rock era of the late 1990s/early 2000s, it would have easily gained ‘classic’ status. Although the sound represents a sense of nostalgia, its message is more relevant than ever as the modern world continues to change in ways that may not always be wise. The satirical title of the album itself is a pretty clear prompt to listeners to begin reflecting on the world around them. It’s a perspective Soho have been channeling in their past few releases, but this piece is certainly one that highlights and criticises the conflict between modern norms and ancient thoughts. Their reflections are clearly juxtaposed through the nostalgic backdrop of the album and it’s marketing in many ways; the video filters that call back to film and VHS, the physical distribution of small, intimate live shows through record stores, and the vinyl alone is packaged like it was born decades ago, much like the style of the home spotlighted on the cover. This record is a great representation of the band’s 16 years of experience in the industry; it’s a record that embodies them.

There is plenty of diversity on the album for old and new fans alike. The ten tracks are plentiful in hits, energetic riffs, and in the (practically trade-marked) sound that has come to define the Soho. Declaring ​Everything Is A-Ok ​as the band’s most accessible piece is not understating its impact, it feels refined and trimmed down to the core of what makes Soho so great. Tracks like ​Lying on the Floor ​and ​Vacation Forever​ are definitive hits in the band’s long catalogue, but they still feel fresh and could easily be a breakout sound that helped propel the band into the mainstream. ​Easy ​really proves to be a highlight of the album, it feels like an organic call back to their earlier material. Though the riffs do not feel quite as hard as other projects, so much care and attention has gone into recording the instruments in a powerful way. Ending the album, ​A-Ok, ​is a beautiful, slower Soho track that speaks great volumes in its restraint. Much like other legendary local album, ​Ragged and Ecstatic, t​he slow burn of the ending makes for a cherished moment of pause.

The final proud point of the album is that it is fiercely local. Having formed under the shadow of many high-profile bands, the Soho lads remain vigilant, down to earth and always keen to support one another and their locality. With a rock sound that’s translated to many beloved local outfits like WAAX, DZ Deathrays, and Dune Rats, Violent Soho carry the flame for the scene which supported them and saw them rise to their deservedly astronomical level. Much like the house on the cover of the album, Violent Soho remains a classic of the landscape and it certainly feels like serenity to sit and reflect with them.

Violent Soho’s fifth album Everything Is A-Ok is out now.

EVERYTHING IS A-OK – VIOLENT SOHO