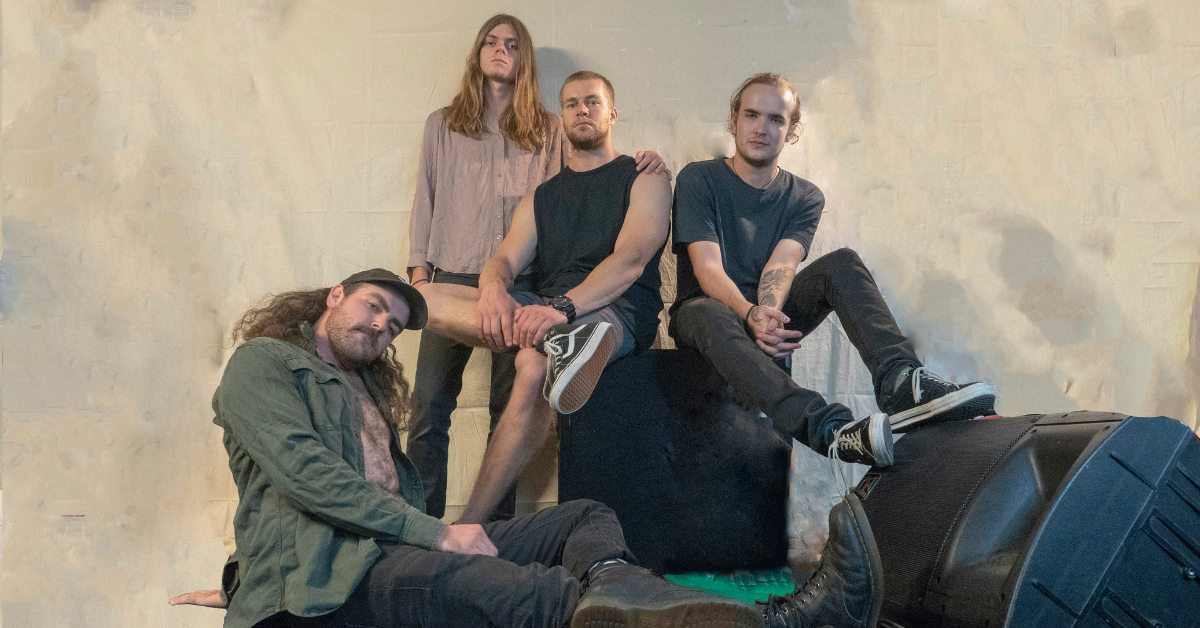 Palpable energy radiated throughout Brisbane’s The Zoo last Saturday night as local grunge-rockers Vesper Green geared up to debut their new single Sub Solar. A stage where many legends have played befits Collin, Chris, Nick and Hew (aka Vesper Green) as this quartet embodies a potent sound and energy that put forebearers like Nirvana on the map.

To complement their heavier sound, Vesper Green selected support acts with a heavy-rock presence, commanding display of skill, and most of all…volume. This came in the form of psychedelic groove-rock outfit, Concrete Palms, and the emotionally engaging punk-rockers, Semantics. With such an incredible lineup, The Zoo was set for an explosive evening.

When Concrete Palms took to the stage to open the night, they instantly stood out as one of the most instrumentally engaging groups in the Brisbane music scene. This was evident when they played their latest single, Embers, which featured several builds and breakdowns over an unstoppable six and a half minutes. Their live sound was reminiscent of the revolutionary self-titled rock album, Wolfmother, with Concrete Palms providing similarly catchy riffs with some downright devilish drumming.

One of the most powerful songs of the night however, came from second support act, Semantics, in the form of their 2018 single Cemeteries. A personal favourite to many, Semantics were also kind enough to share a large portion of their upcoming EP with the crowd. With an utterly raw, yet scintillating display, the energy of the night was well and truly ready to peak as final act, Vesper Green, prepared to unleash their musical fervor.

As The Zoo darkened, fog filtered in from the sides of the stage to announce the arrival of the headlining act. Blazing lights revealed the band who wasted no time in blasting off with their new single, Sub Solar. The crowd was immediately captured, struck by the sheer level of power and force that Vesper Green was radiating. Taking inspiration from their Nirvana influences, the band wanted to push the crowd out of their comfort zones to understand the messages they wanted to evoke. With an abrupt end to the set, the crowd was left hungry for more.

If you missed this ripper of a show, be sure to check out Vesper Green’s new single Sub Solar for a taste, and keep an eye on their Facebook page for upcoming shows.