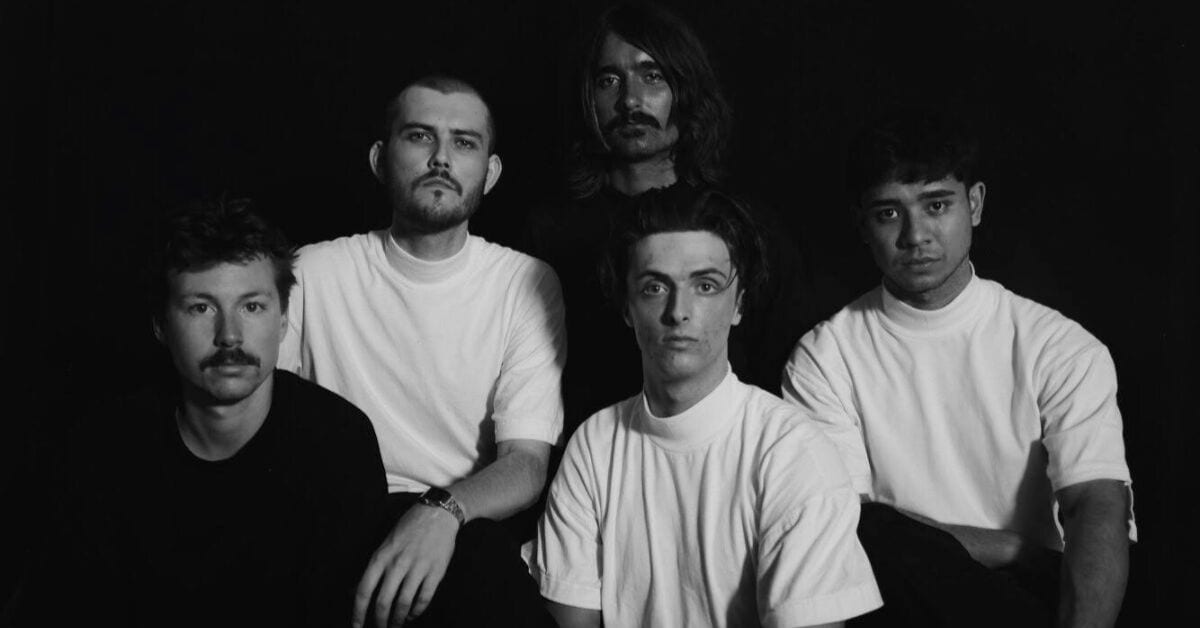 Today is the day Brisbane darlings The Jensens finally unveil their debut album Hyacinth Haze – a record that manages to pay homage to the band’s roots while making brave strides into unexpected territories, scale and genres. With the distinctly different but effortlessly harmonious vocals of Joe White and Nathan Kendall, this quintet has a dynamic unlike any other. Joe and Nathan trade the reigns of lead vocalist throughout but regardless of who is at the forefront of a track, the other is there to complement.

The band strategically begins Hyacinth Haze with the three shortest songs on the album, giving listeners a taste of the creative genre combinations on display throughout. Lead single Coma opens proceedings explosively with a seamless mixture of heavy psych, disco and rock. Four Chambers has an irresistible combination of the dance-psych reminiscent of The Belligerents, with theatrical piano similar to what you’d find in an 80’s power-ballad. The insanely catchy Mt Mura follows with a thick bass-line, gorgeous synths, guitars and a huge sing-along chorus.

The LP has an extremely strong introduction, but the following tracks are where the band truly comes into their own with impressive instrumental breaks and the album’s most powerful vocal deliveries. Slur is an empowering track that pairs a stunning atmosphere set by glorious instrumentation scope with an abundance of swagger found in Joe’s passionate delivery. It’s a flawless amalgamation of disco, dance-psych and rock reminiscent of Foals and Arcade Fire’s Reflektor. The spectacular ballad In Thought showcases sweeping synths, majestic piano, and Nathan’s awe-inspiring David Bowie-esque vocal delivery. The wonderfully bass-driven Horrors combines exquisite brass, expansive synths and guitars with potent lyrics while final track Actuality features dense instrumentation and layered vocals creating a captivating eight-and-a-half minute reflective odyssey.

A special album that was well worth the wait, Hyacinth Haze is an extraordinary debut that makes the most of two unique voices by pairing them with spectacular instrumentation leading to an unforgettable listening experience.

The Jensens’ remarkable debut album Hyacinth Haze is out now.