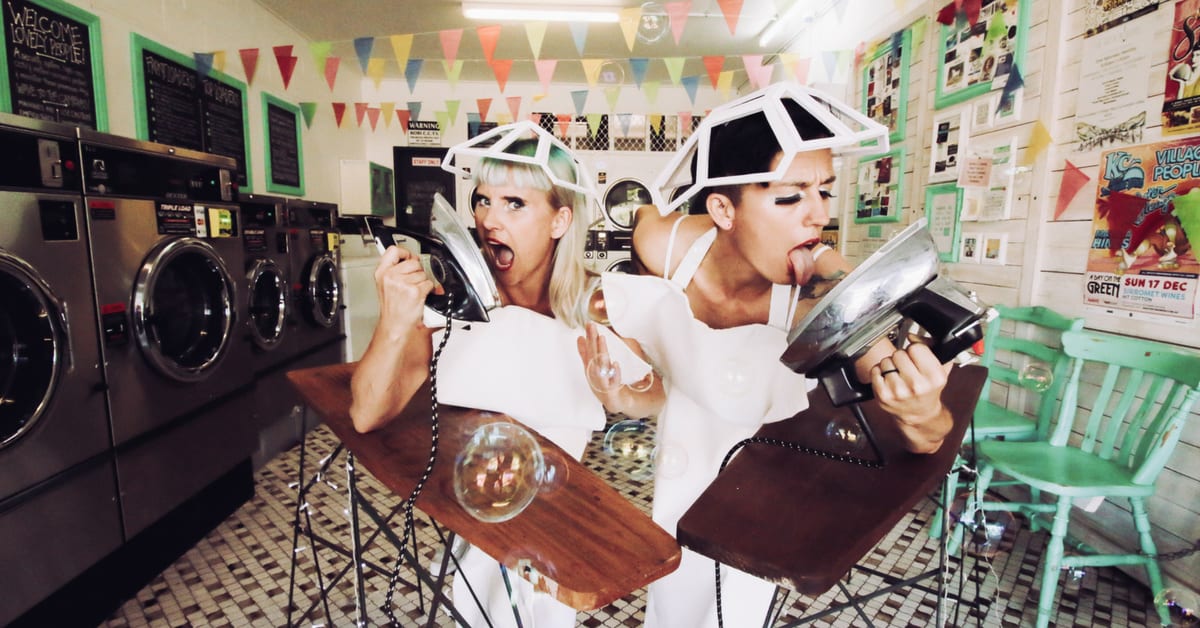 As if turning a cruel stereotype into a piece of art wasn’t enough, award-winning electronic duo, The Ironing Maidens, are rocking inventive sounds and inspirational girl power on their debut EP, Electro House Wife, released 1 June.

Ingeniously converting irons and ironing boards into electronic instruments, The Ironing Maidens’ (comprising of Melania Jack and Patty Preece) mix of 1950’s reality, and riveting music, creates songs that scream to be heard. The EP opens with Composers of the Future, a spacy and almost unnerving track that draws you in for the ride before settling into a more relaxing tune in Do You Get Enough. Before you know it though, you’re hit in the face with the title track Electro House Wife, a powerful, relatable, and slightly enraging song that shines a heavy light on women’s equality. “We must keep pressing for progress to have women’s work acknowledged, be it in the studio, the laboratory, in politics or in the kitchen,” said the duo’s singer-songwriter, Melania Jack. The record continues with a more upbeat lament in second single, Strike While the Iron’s Hot, before ending on a simple but haunting concluding song, The Dangers of Ironing, which leaves a mix of wild emotions in its wake.

After listening to Electro House Wife it’s almost impossible to believe these tracks were born from everyday domestic tools. “We sampled irons, washing machines, sewing machines, anything domestic that had a cool sound and we used those sounds to build the tracks with the 1950s advertising samples to accentuate the messages of this music,” said Patty Preece, who produced and recorded the EP. The way their music is created is proof of The Ironing Maidens’ devotion and passion, which extends too to their drive to promote important social issues. “We wanted to dissect these gender imbalances and discuss them in a way that is clear and direct, but at the same time humorous, musically credible and totally danceable.”