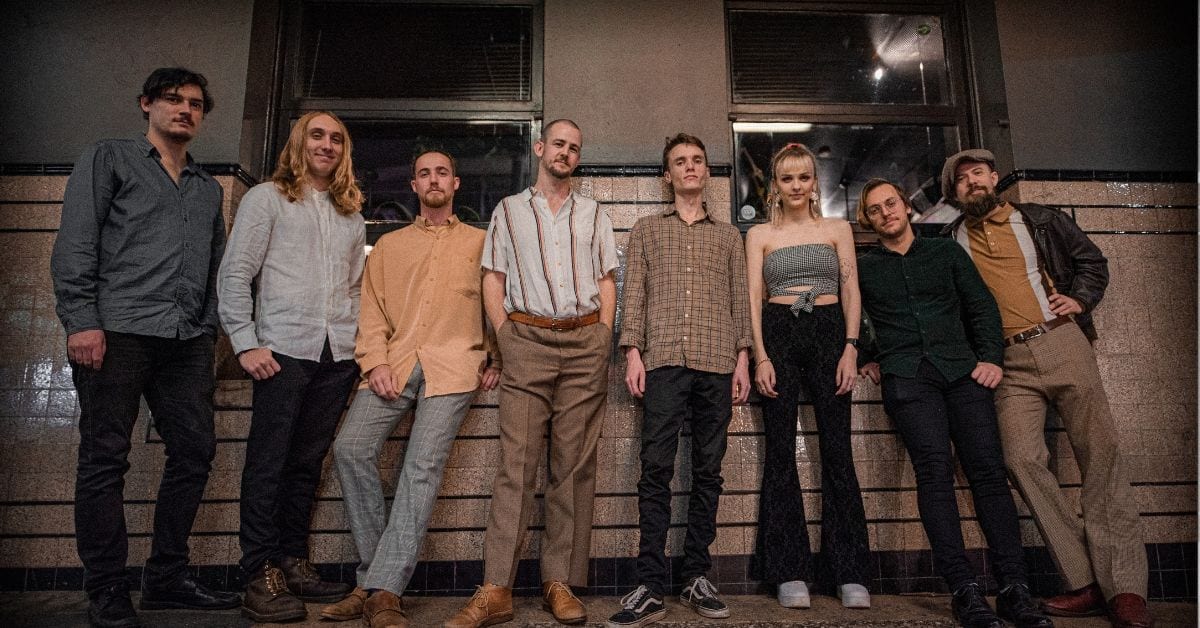 In these trying times, music listeners are seeking uplifting music to keep their spirits high; a call The Holy Rollercoasters have well and truly answered with their sophomore EP Embrace. The follow up to their darkly fascinating debut record Bathe, the Brisbane octet have shown an impressive range pulling off vastly different styles and moods.

The record’s lead singles Anhedonia Nights and Best Thing I’ve Ever Done teased listeners with the band’s brighter sound, pre-release. The former is an endlessly catchy tune that should be the final part of a try-not-to-smile challenge (if they exist?). Best Thing I’ve Ever Done is a lot slower in comparison but makes up for the slower tempo with an effortlessly smooth groove that feels like it was made to compliment shots of New York City.

Embrace’s highlights are easily found throughout the seven tracks, from the high-paced hip-shaking inducing I Never Thought I Would Again, I Knead The Dough and Shouting Your Name. True variation is heard in glorious slow burner Away From Harm, one of the more understated arrangements that gives deserving attention to the vivid songwriting, Jimi’s commanding vocals and the angelic backing vocals. Lost Myself In You is a superbly suave tune driven by an incredibly sharp bassline. On the recordings, the octet impressively captures the warm, lively feeling of their shows that anyone who’s been to a gig of theirs will be familiar with.

On their sophomore EP Embrace, The Holy Rollercoasters have well and truly flexed their range, creativity and wonderful musicianship to create a piece of work that is an absolute delight.

The Holy Rollercoasters’ sophomore EP Embrace is out now via 4000 Records.