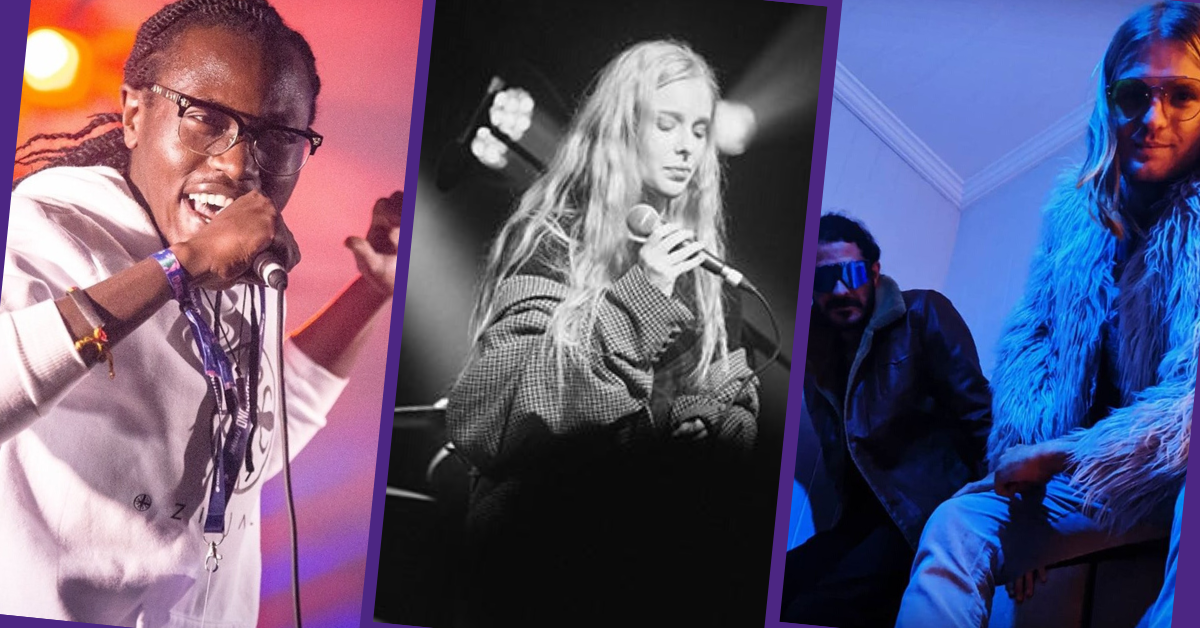 Brisbane’s music scene has been well rewarded for their patience waiting for the arrival of the QUBE Effect’s 2020 showcase. Featuring a diverse lineup of 24 hand-picked local acts, the array of talent has been taken to a staggering new level with entrants now providing fully-fledged music videos rather than live recordings, allowing their work to shine both sonically and visually. With numerous prizes focusing on professional music development, the young hopefuls have all contributed some of their best work in the most exciting QUBE Effect to date.

BROTHER – CANONDROME | WATCHE HERE
Amongst the finalists are the criminally underrated dance-punk duo Canondrome, who’ve revealed the music video for their track, Brother. Appearing on the band’s debut EP Room 101 last year, the visuals help take the highly energetic Brother to an explosive new level that commands attention. Grunge guitar riffs signpost the high and low ends of the song while the drums equally compliment the build in rhythm and tension. The video clip is exceptional, showing enormous amounts of passion from the band with a great artistic direction. The occult symbolism, striking visual scenes, and fun acting performances all provide the idyllic backdrop to the turbo-charged sound Canondrome so expertly delivers. For fans of the video, Canondrome’s Room 101 EP remains one of the best local releases of 2019 and deserves multiple (loud) listens.

LEMON LADY – LUCY JANE | WATCH HERE
One of the most unique and intriguing artists in this year’s showcase comes in the form of Lucy Jane, and her song, Lemon Lady. The singer-songwriter evokes a sound as charming as it is catchy. The lo-fi ambience of the instrumental and vocal performance can be related to the pioneering sound of Daniel Johnston. The indie-pop influence provides phenomenal heart and sentiment to the beautiful performance also. Remaining minimalistic with the video, the visuals compliment many of the tones and inflections of the song, cherishing the meaning and style of the performance. Bringing a prominent new voice and substantial talent to the scene, Lucy Jane is an artist that undoubtedly shows huge promise.

Channeling an energy that feels like it came straight from Charlie Sloth’s Fire in the Booth, Brisbane’s Ozi Jarel has made a benchmark track that stands as a strong contender in this year’s showcase. The track, Erykah, displays Ozi’s smooth, but incredible lyricism that delves into modern and relevant issues with ease. The instrumental weaves soulful jazz samples and powerful drums together that drives into a chorus with an incredible synth line. The level of experimentation, bold and resonating lyrical skill, and smooth instrumentation are a sure sign of Ozi Jarel’s musical craftmanship. 2020 is sure to be a big year for this burgeoning artist.

With an incredible mix of artists and high production video clips, there is no better time to get behind the QUBE Effect and support some of the best up-and-coming musicians in the local scene. These are just three of the 24 QUBE Effect finalists we’re loving. Be sure to check out the rest on the Brisbane City Council website and vote for your favourite before 5PM 12 June.

>>> A REVIEW OF MORE QUBE EFFECT ARTISTS WE LOVE HERE <<<