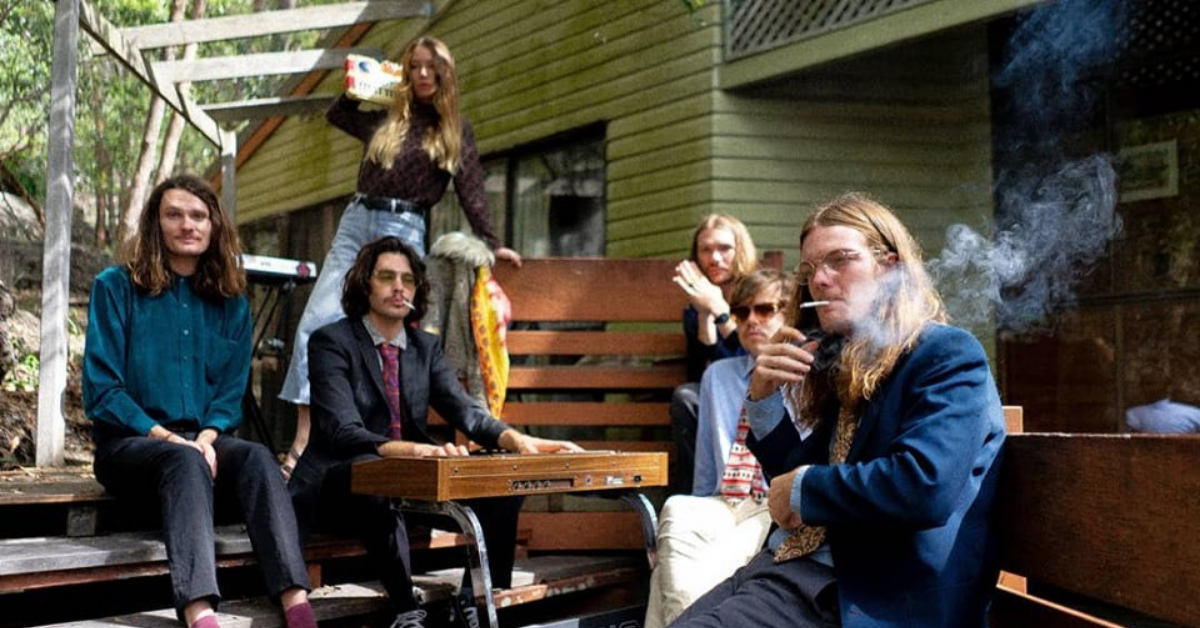 Brisbane six-piece Polygon Woods today unveil their brand new record Window Seat/Rabbit Holes, their first release since their superb Records single of last year. The band‘s music is spearheaded by their love of 60/70s rock and modern psychedelia, but the new tracks see them bring on board some other influences.

The first track Window Seat is a breezy blend of the psych-dance found on the latest MGMT LP with the dream-pop of Beach House. The song is a striking slow burner that features wonderfully layered vocals enhanced by the rich instrumentation showcasing gorgeous synths, guitars, bass and driving percussion. The band have come along way since their 2017 debut EP Post Space, the new tracks have larger arrangements, have been better recorded and performed by a band who are really hitting their stride creatively. Window Seat/Rabbit Holes was recorded and mixed in band member Chris’ home studio, giving the band the ability to freely explore their sound without restraint.

Rabbit Holes continues the dreamy mood with it’s synthesizer, bass and percussion driven instrumentation. The band has the courage and curiosity to explore remarkable soundscapes in between the short vocal sections.  This track shows the six-piece’s versatile ability to produce not only captivatingly huge instrumental passages but memorable vocal sections as well. Window Seat and Rabbit Holes have distinctly different sounds and tones but impressively manage to fit together seamlessly in this package.

On Window Seat/Rabbit Holes, Polygon Woodsmanage to push their sound forward and cement their placing as one of Queensland’s most promising upcoming bands.

Polygon Woods’ Window Seat/Rabbit Holes is out now. The band play Brisbane’s The Foundry on the 5 July with Great Sage, Sycco, Tejavu and some other legends for The Mustard Mix’s First Birthday Party.