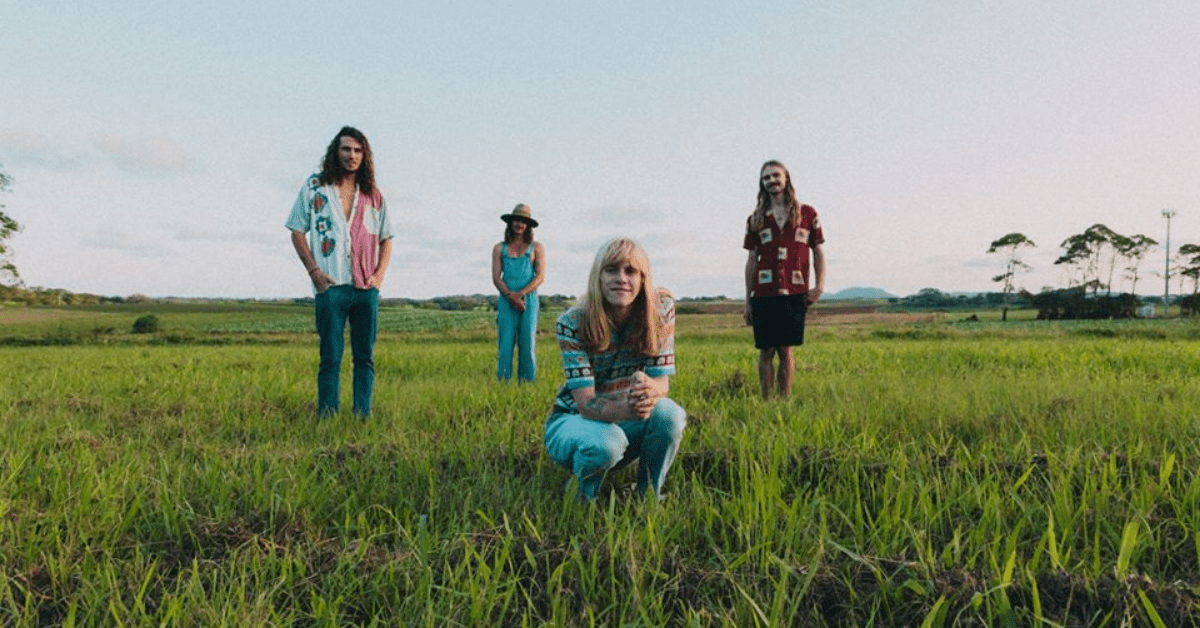 If pure bliss needed an audible definition, Gold Coast quartet Peach Fur would be it. The third substantial release in their catalogue, their cosmic EP Awake is a varied piece that has many vibrant and soulful points, all of them assured to make the audience groove, wonder, and appreciate just how good Peach Fur is.

Beginning the EP with Does Matter Really Matter the ethereal intro launches into the familiar sound of the group. In an effort to remain genre-less, the group varies up their performance on this track with many interweaving points of instrumental builds, potent vocal performances, and a dreamy guitar melody. Channeling points of David Bowie and The Strokes, the build finally collapses into the ending verse which is a rhythmic sensation of prominent guitar riffs and echoes the question in the name of the track, Does Matter Really Matter? Peach Fur makes the construction of melodies and grooves to be both an art and a science, and the dynamic between the two helps vary their songs as well as make the majority of tracks a cruisy listen. When the group wants to get rockier, they do it quickly and they do it well. After three slower and groovier tracks on the EP, the fourth and fifth really take the cream of the crop in their execution. With an added layer of spice, the interlacing melodies become a distorted and psychedelic mix that reaches its crescendo in the final track Alpac Roma. The propelling drive of hefty guitar tones, potent drum rolls, and a dense low end creates a sound that spirals into a powerful and exhilarating end to the EP.

Demonstrating the beauty in complexity, whilst remaining grounded and restrained in their sense of sound, Peach Fur have shown great growth over the past five years. With their back catalogue showcasing a varied mix of hits, the band remains one of the most consistent groups coming out of South East Queensland.