Review: Mountain Goat Valley Crawl Was a Massive ‘F U’ To Lockout Laws 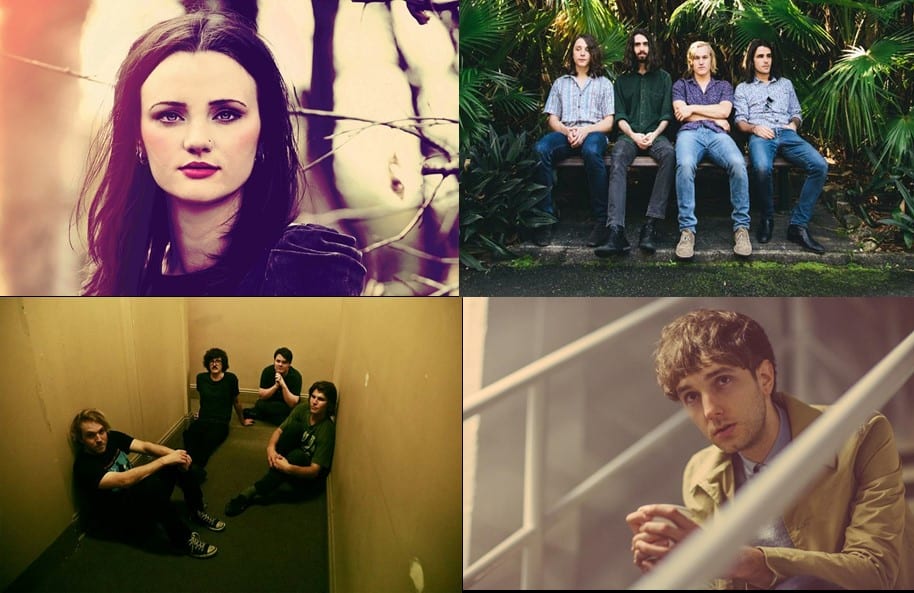 Brisbane music lovers turned out in force for last Saturday night’s EPICLY AWESOME Mountain Goat Valley Crawl. If the Government had attended, perhaps they wouldn’t be so quick to quash our live music scene with their lockout laws.

As tempting as it was to venue-hop, we settled in for the night at The Zoo, arriving in time for Hound’s set at 7PM. Drawing people in early in the night is no easy feat, but The Zoo was bursting with people and excited energy.

Listening to Hound was like sonically surfing a delicious wave of 80s punk-rock. The drums in particular were killer, sweeping you up in frenetic, pounding rhythms that you could easily have drowned in. They played their new single Drown and cemented themselves as an indie-rock force of which Brisbane can be proud.

Next up was psychedelic favourites Baskervillain whose chilled vibes felt like a trip back in time to the carefree era of the 70s. Their laid-back beats and earthy harmonies were trance-like and had plenty of people dancing and loosing themselves in the music. Baskervillain delivered a trippin’ good time.

Ayla then took to the stage and blew us away. Her soaring ethereal vocals and emotive performance was breathtaking. She played songs from her debut EP When The World Ends as well as some newbies, taking time in the middle of her set to deliver a stunning solo. Ayla has a beautiful aura as a performer – you simply must see her live!

By the time Jeremy Neale came on at 11PM The Zoo was at capacity. The roar of the crowd as he walked on stage was palpable and he dove straight into a fast-paced, dreamy tune. With its smooth, hypnotic beat, Let Me Go Out In Style was definitely the standout track of his set. If Mountain Goat Valley Crawl had been a paid event, Jeremy Neale would have sold out.

Overall, Mountain Goat Valley Crawl was a raging success. If anyone ever doubted the commitment and vibrancy of the Brisbane music scene, Mountain Goat Valley Crawl proved Brisbane music lovers and musicians are a force to be reckoned with! The Zoo’s staff t-shirts on the night said it all, we’ll be back for next year’s event – “Fuck The Lockout” Laws!