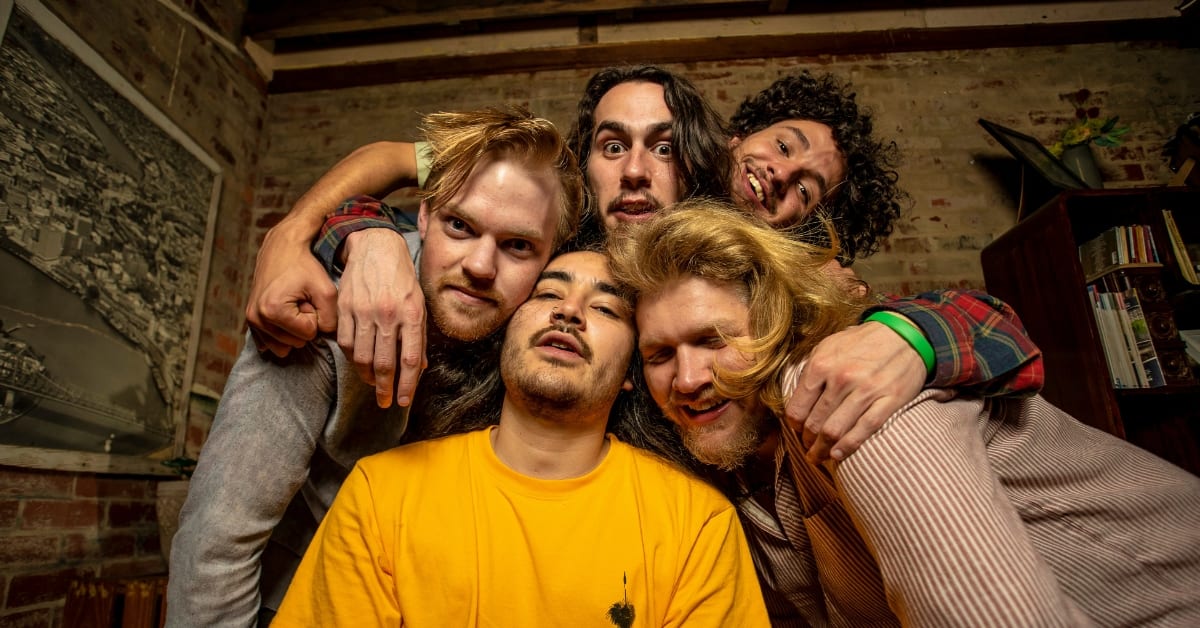 The EP oozes Red Hot Chili Peppers and The Cat Empire vibes. The guitar on title-track Fool’s Fall has noodling riffs reminiscent of John Frusciante, while the chorus vocals channel late-90s/early-00s Chilis. There’s also an almost rap-reggae delivery to the lyrics and a saxophone in there which both add complementary layers to the music. Single Bilson is a funky song, with some pretty sweet saxophone and a verse that’s got a great Cat Empire feel to it.

Slower track Cole’s Song starts with beautiful finger-picked acoustic guitar and stripped back bongos. The song speaks of the loss of a friend, and is a short but touching addition to the record.

Closer Kurilpa Groove not only shows off the band’s musical chops, but also showcases their psych-rock side. The song, written about Brisbane’s West End, makes reference to locally-famous parts of the suburb such as the giant lizard sculpture, and name drops the iconic main strip: “I walk down the Boundary Rd/A place I used to hide, it seems from the unknown.”

Kurilpa Reach have managed to make a record where each song sounds and feels quite different from the last, something that many struggle with in the reggae/funk genre. If you’re a fan of funky rhythm punctuated with some sweet sax and guitar grooves, definitely give Fool’s Fall a spin!