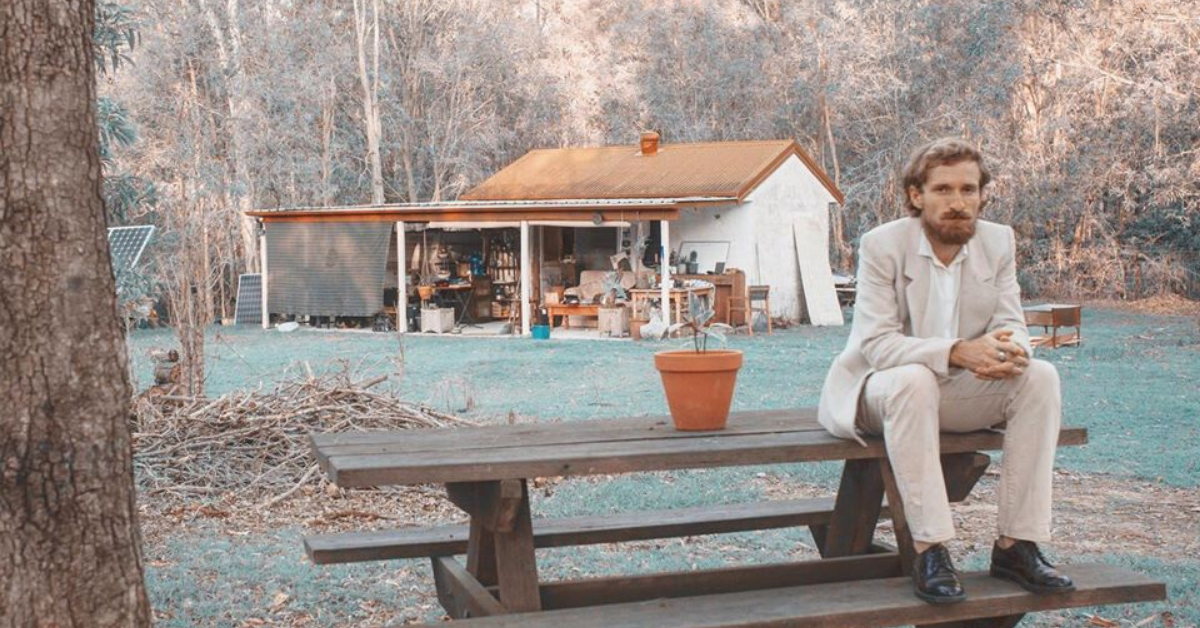 On his sophomore LP Young Man For A While, Queensland multi-instrumentalist JB Paterson follows up on a promising debut with a timeless collection of folk and blues sure to soothe the soul. His new album was recorded over a year in a small solar cabin in Cedar Creek, which is less surprising after hearing how peaceful and serene the record sounds. Throughout the thirty-minute runtime, listeners are treated to soundscapes that feature the combinations of acoustic, electric slide and bass guitars, piano, and harmonica just to name a small selection.  The utilised instrumental palate is impressively varied considering Paterson performed everything except the violin on Blue Is The Colour, which was played by Hannah Jane.

The album begins slow and steady with bittersweet gem Mountain Song, a personal introduction to the intimate live feeling on display throughout. Paterson captures this organic, homely sound by recording a colourful variety of instruments with eight microphones on a Tascam Portastudio. Young Man For A While keeps things interesting by excelling at both the slow burners and toe-tappers. Some of the LP’s most contemplative and tranquil moments are found in the title track and the instrumental intermission Night Walking. Sweet Music closes the record with a memorable rock number that has both the charm of early The Head and the Heart and Edward Sharpe & The Magnetic Zeros as well as the nostalgic timelessness of Willie Nelson. The tune combines gloriously layered vocals with vivid and bright instrumentation, which come together to ensure a majestic conclusion.

JB Paterson’s Young Man For A While explores timeless folk and blues with serene soundscapes and fascinating song writing.

YOUNG MAN FOR A WHILE – JB PATERSON