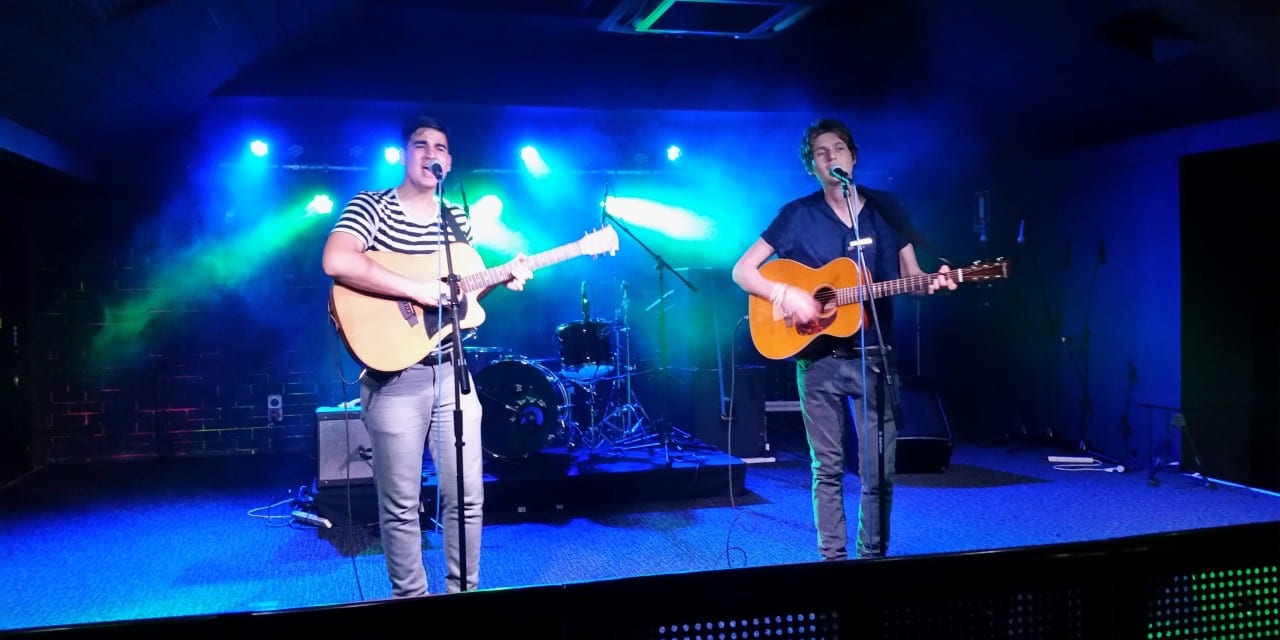 Hard-working promotions duo Vincent & Jules have an uncanny knack for bringing together top-tier local talent under one roof and last weekends’ INDIE KUNST was no exception.

Live for the very first time Hip-Hop artist ZEDF opened with a very attentive crowd. Accompanied by Jack Gray (an accomplished musician in his own right) on guitar and beats, his rhyme and flow drew inspiration from early Aussie hip-hop but tackled deep and modern themes. Taking things down to guitar and organ he told a heartbreaking story of anxiety and depression following a dysfunctional upbringing. Great things are coming for this young artist.

Reggae rockers The Rocket Sox pulled punters out of their seats by dropping fat beats while leaving room for epic rock tracks with the thick textures that only a six-piece group can bring. Finishing their set with what can only be described as ‘reggaecore’ the crowd screeched with delight at the exciting blend of heavy music with the famous one-drop. These guys don’t play very regularly so catch them when you can!

Fresh from a tour that stretched from far-western Queensland to a yacht floating on the Coral Sea, hip-hop funksters Vaguely Human brought the party with killer rhymes and ripping hooks that kept everyone up and dancing for their whole set. Their single Space and a surprise cover of The Pixies Where Is My Mind? charmed the crowd.

Pop-punk lads Cedarsmoke had the most enthusiastic crowd of the evening with their name being chanted barely two songs into their set of punchy, upbeat and irreverent tunes. The most fun to watch being the keyboard player struggling to stay still as a battle between his desire to dance and his duty to play his instrument took place. A hip-hop inspired track brought the event full circle as night one drew to a close.

Feeling somewhat dusty from the previous night I was eased back into Indie Kunst’s second night of live music celebration by folk duo Chesterfield who came armed with acoustic guitars, lilting tenors and a fistful of feeling. Beautiful harmonies and a quality of songs to rival Lennon and McCartney was the perfect start to the evening.

Something Something Explosion tore through the calm with their opening track Dominate, and dominate they did. A standout track was a sludgy and dark number Creature from the Black Lagoon. Powerful vocals from Grace Drummond reminiscent of PJ Harvey was showcased by two solo songs including a cover of Leonard Cohen’s Hallelujah.

Good-time alt-rockers Doozy Daze entertained with punchy and perfectly formed poetry about making small talk at work with Old Betty, playing guitars in Team Friendship and won the love of the crowd with the fuzzy guitars and of Mundane Night.

Capping off the night with a heavy dose of attitude were retro rock Gods Nila Bonda, blazing through their set with barely a moment of silence. Driven by Bonzo-esque drums and stratospheric vocals a flawlessly choreographed group of dancing punters shook their way through an extended cover of Led Zeppelin’s Whole Lotta Love and swayed along with their brand new single Holy Eyes.

Congratulations go to the bands, Vincent & Jules and The Back Room for an unforgettable weekend of music. 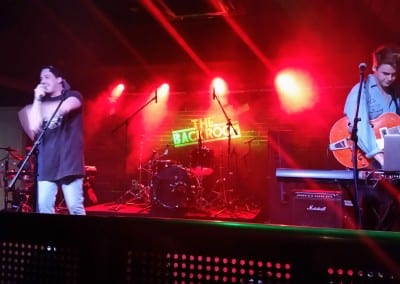 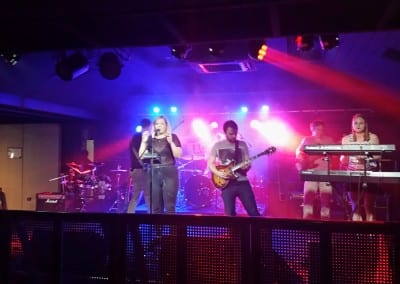 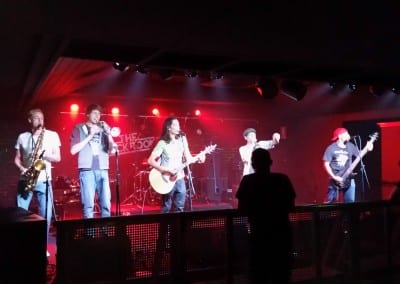 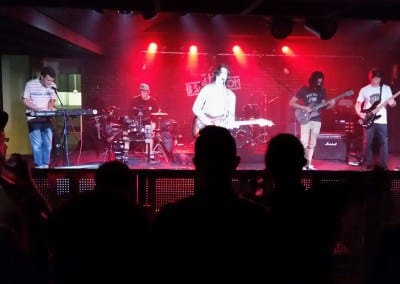 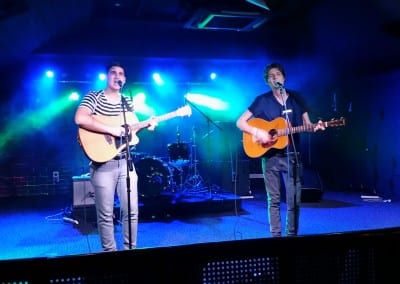 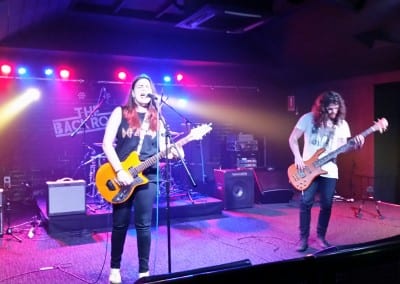 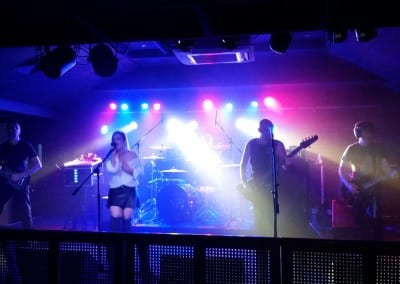 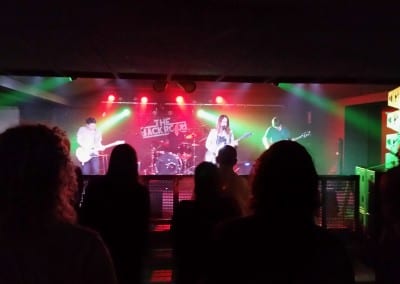 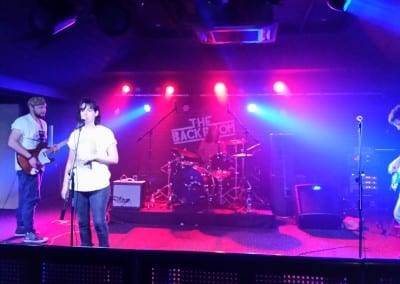