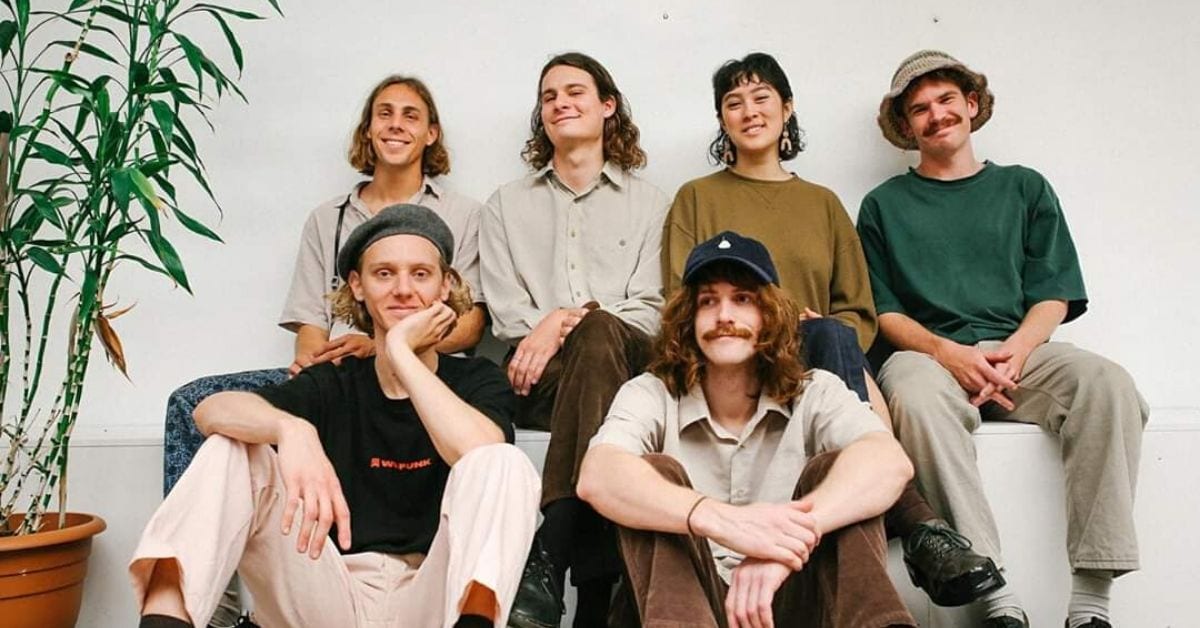 In what has already been a tremendous year for Brisbane based dance collective, First Beige, the enormously talented six-piece have capped it off by releasing their highly anticipated sophomore EP, Mirrors. Building from cornerstone influences of jazz, dance and neo-soul, their new release displays the incredible efforts of every member in the masterful blending of these styles. Garnering huge waves of attention from their BIGSOUND showcase this year, they’ve translated their insatiably groovy live show to a recorded format, capturing their live essence effortlessly.

Mirrors opens with a slower, and softer tone to the group’s 2017 EP, Press!, providing a crisp and clear sound that showcases every element in the track. Still holding thumping basslines and sweeping synths very close to heart, the collective accomplishes their iconic groove throughout the EP in style. Joie De Vivre is a particular standout, the vocals almost crosses straight into an early 2000’s nostalgia, with some beautiful synth melodies echoing it back into future. The short and sweet How Do You Unlove Someone is a little bit of low-fidelity heaven, feeling like a Homeshake or Rex Orange County interlude. First Beige have also produced some stellar live performance videos for songs on the EP such as Desire and Oscar’s Car, which give audiences a clear display of the talent at hand.

Mirrors shows First Beige at their best, evoking growth in a sound that they have seemingly mastered. As it effortlessly moves from start to finish in a short 17 minutes, audiences will find themselves listening to songs over and over again and still finding new and enticing elements within them.

First Beige’s Mirrors EP is out now. To see the collective in full effect, catch them launching Mirrors at The Outpost Bar on Saturday, 14 December. All event info HERE.