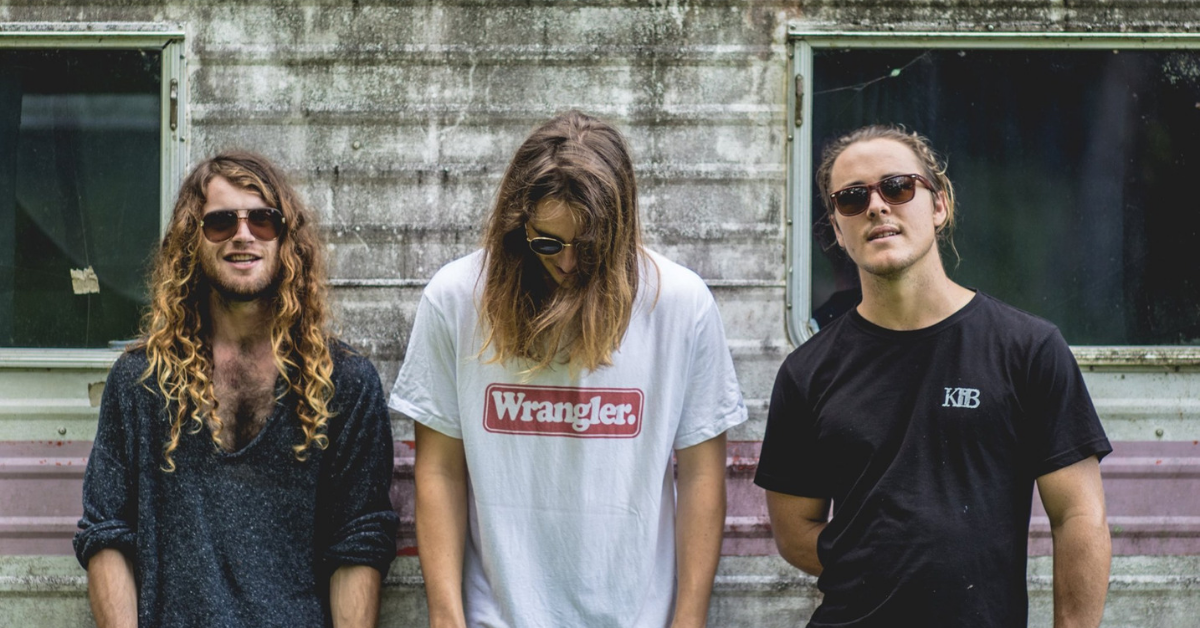 Hot off the back of their single Wobbly Van, energetic, funk-fueled Sunshine Coast trio, Dosed, brought fans excitement to boiling point last week with the release of their six track EP Head In The Clouds. Sharing a collective energy and love for an inspired sound, Oskar (guitar and vocals), Noah (bass), and Rory’s  (drums) tight and refined performance on the record provides a great time all-round.

90’s alt-rock groups, like The Red Hot Chilli Peppers, provide a broad canvas for the band to build from. One of Dosed’s most notable features is the up-tempo funk that radiates through every one of the six songs on the EP, heavily attributed to Oskar’s dancehall-esque vocals. His commanding skill is paralleled by smooth cadences which draws listeners into the record’s title track. The smooth and slow introduction to the band via Head In The Clouds soon finds huge rise and impact at the end of the song, showing Dosed’s versatility across funk and rock. This gradual rise is a consistent feature across the EP and really culminates in the record’s final song, and lead single, Wobbly Van which is an aptly placed end to a fabulous sonic journey.

The only thing one is left wanting after listening to Dosed’s Head In The Clouds, is more! The accomplished and tight sound built from melding funk and alt-rock together delightfully surpasses expectations, creating a well-executed jewel of a record.

Dosed’s new EP Head In The Clouds is out now. Catch the band touring the EP throughout June/July. Brisbane fans can catch them playing the Zoo on Friday, 28 June. All event info HERE.

HEAD IN THE CLOUDS – DOSED

This review of Dosed’s EP is courtesy of Phoenix Radio’s Emerge program, hosted by Calen Le Couteur and Russell Thompson. Follow Emerge and tune in on Monday nights 7-9PM HERE.