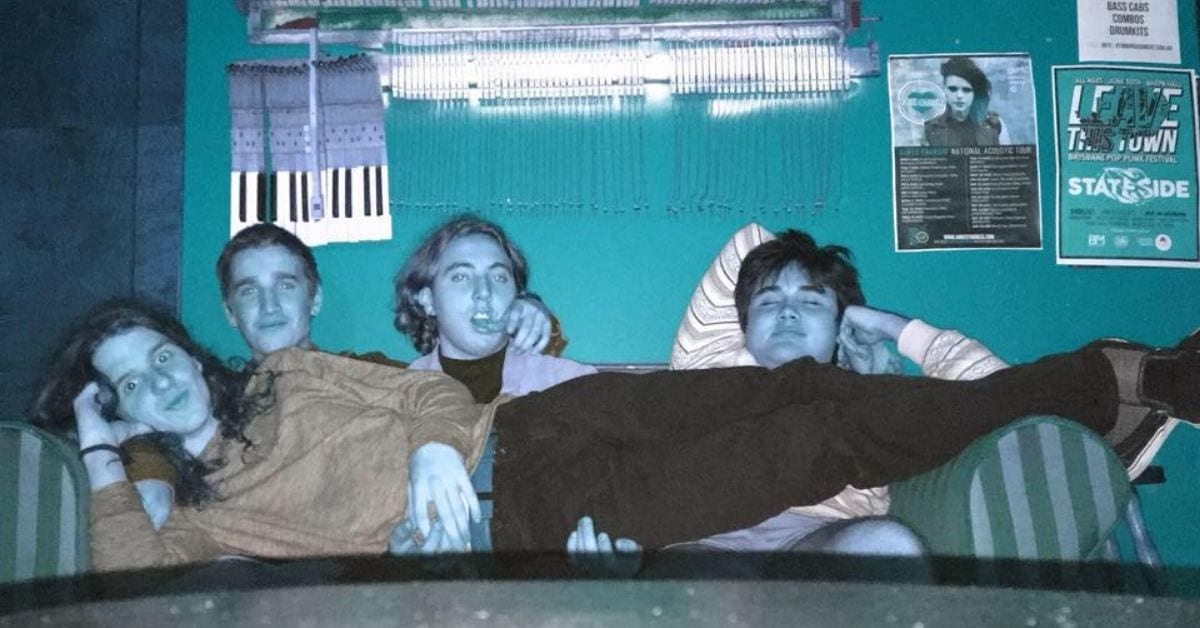 Many groups strive to make a strong initial impression on the local music scene, and Brisbane funk-rock quartet, Dandelion have done just that releasing one of the longest debut pieces of the year: their self-titled LP. Crafted with a rambunctious energy, lack of sleep, and prolific inspirations, the band has worked hard to deliver an exceptional album that leaves audiences soaring and sighing in all the best ways.

Having only formed in 2018, the funk-rock group have a quality that shows years of experience behind their sound. Name dropping a big influence on the third track of the LP, Weedy Foursome, Dandelion may be Queensland’s answer to Red Hot Chilli Peppers. Tracks weave in and out from a classic rock feel to hyperactive funk beats. Outrageous guitar riffs are paired (like a fine wine to cheese) with groovy bass lines from the very get go. The most recognisable feature of the album comes in the form of vocalist, Tom Sutorowski, whose dynamic and sometimes flagrant performance and energy is utterly captivating. Audiences can vividly imagine a whole performance from Dandelion by listening to the album in full. One of the best parts of the LP is that the band can so easily weave energetic performances into very sentimental, slow, and wrenching songs. The groove is never lost, but deep moments of reflection can be found in Long Days and Look After Yourself.

Effortlessly capturing a prominent and expansive style on their debut album, there is little more you can ask for from this band. Expect to play this record on repeat!