Reminiscent Review: Lose Yourself In Cassowarys’ Psychedelic ‘Cheers For The Boogie’ EP 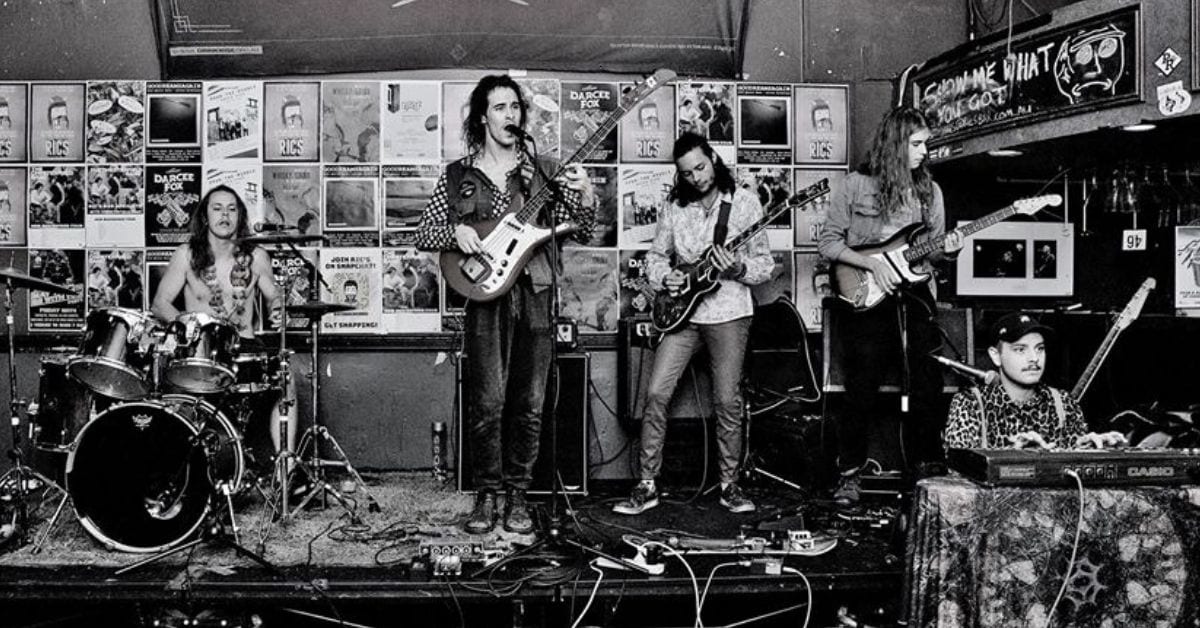 Having cultivated some of the most outstanding modern acts in psychedelic-rock, from King Gizzard to Tame Impala, Australia is now seeing a new generation of emerging acts step up to propel this vintage-tinged genre forward with renewed passion and technique. One such outfit is Brisbane’s Cassowarys, whose 2018 debut EP Cheers For The Boogie deserves attention.

An ominous and distorted voice welcomes listeners on Little Sisters, opening the record in an eerie suspense akin to a Hitchcock film. The pumping drive that lurches listeners into the tape comes in the form of the group’s most popular track, Big Metal Fence. Explosive guitars surge in bounding waves sounding continuously through punchy drums and rhythmic bass lines. Outrageous cries and hard-hitting choruses is a theme that follows suit throughout the tape, a likely King Gizzard influence. The blend of textured sounds is strangely soothing in its lo-fidelity, and has exceptional impact on the listening experience. There’s something so unique with psych that allows for the exploration from rock into deeper grooves which perpetuates The Boogie. The slower moments found in songs like Left Side Sneaky Cricket feel like a calming ripple within the wall of sound, a safety that could at any moment be shattered by blistering waves of bright and brilliant rock. At the very cusp of attack, Cassowarys humbly end their fifteen minute hurrah leaving behind a sparse few chords, and a desire for more.

Overall, Cheers For The Boogie gives listeners one of the most authentic experiences of psych-rock in a quick yet powerful fashion. It’s exciting to imagine what this band could accomplish with a longer release; leaving asking for more is never something to complain about.

CHEERS FOR THE BOOGIE – CASSOWARYS