Review: Soaking Up The Best Of Caloundra Music Festival 2019 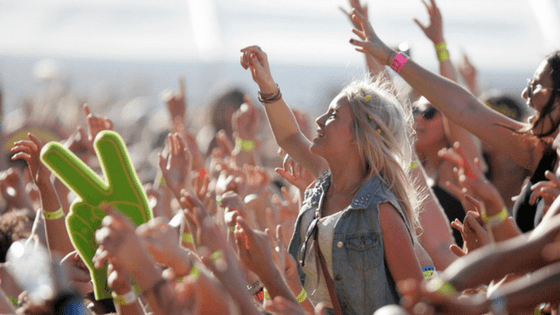 Arguably one of the most scenic festivals in the country, Caloundra Music Festival (CMF) has been bringing a diverse array of musical acts to King’s Beach for over 12 years. A family-friendly “sun, surf and soul” affair, this year’s four-day festival took place on the Queen’s birthday long weekend, delivering a smorgasbord of big-name acts and emerging artists across six stages, making for a charming, unique and memorable event.

Friday 4 October saw a hip-hop orientated lineup including Adrian Eagle, Tuka (Thundamentals), Sampa The Great, and Drapht perform on the main Soul Stage Amphitheatre. Bringing an awesome mixture of musicians to the foray (including the first hip-hop flutist I’ve ever seen), Drapht garnered a huge response from the crowd when he brought his energetic set to a peak in his final two songs Jimmy Recard, and Rapunzel. At the same time on the Surf Stage, former iconic Australian Crawl frontman, James Reyne, belted out classic songs to an eager audience dazzled by his astounding talent and legendary voice.

The festival was an awesome opportunity to catch some well-known Queensland acts too. There was a special charm and nostalgic feeling seeing international pop duo The Veronicas perform while local loves Resin Dogs, who wereinfluential in starting the underground hip-hop scene in Brisbane, left their mark with a huge number of instruments and musicians that together made for a grand showcase. Moreover, one of the most modern, lively and dance-inducing sets came from stalwarts, Regurgitator. The Brisbane trio had a charismatic and fun presence on stage, complimented by some superb audio-visual components. Their music really spoke for itself, with their hit songs still creating a huge groove for a contemporary crowd.

While many of the larger Australian and international artists commanded a great deal of attention, emerging Queensland artists also made an impression on punters. Opening the Soul Stage with flair, on the second day of the festival were Brisbane based gypsy-jazz collective, Cigany Weaver, while rising star Sahara Beck took her new EP Queen Of Hearts for a spin, wowing listeners with her incredible voice and charming personality. One of the warmest moments of the festival, however, was Toxic Fox’s short 30 minute set at the beautiful Sand Stage. With limited time to perform, the Sunny Coast natives drew one of the largest crowds the Sand Stage had seen this year. Hundreds of punters saw the quintet in their element, with a crowd gathering on the outer fence of the festival just to witness and support the band. Other local gems came in the form of Fight Ibis, Forrest Run, Port Royal, The Dreggs, and Kayso Grande.

With so many acts to see, the hardest part was deciding which bands to see first. Countless timetable clashes demonstrated just how many quality acts were performing at CMF this year. For your healthy dose of sun, surf and soul, be sure to add CMF to the roster of must-see festivals next year!