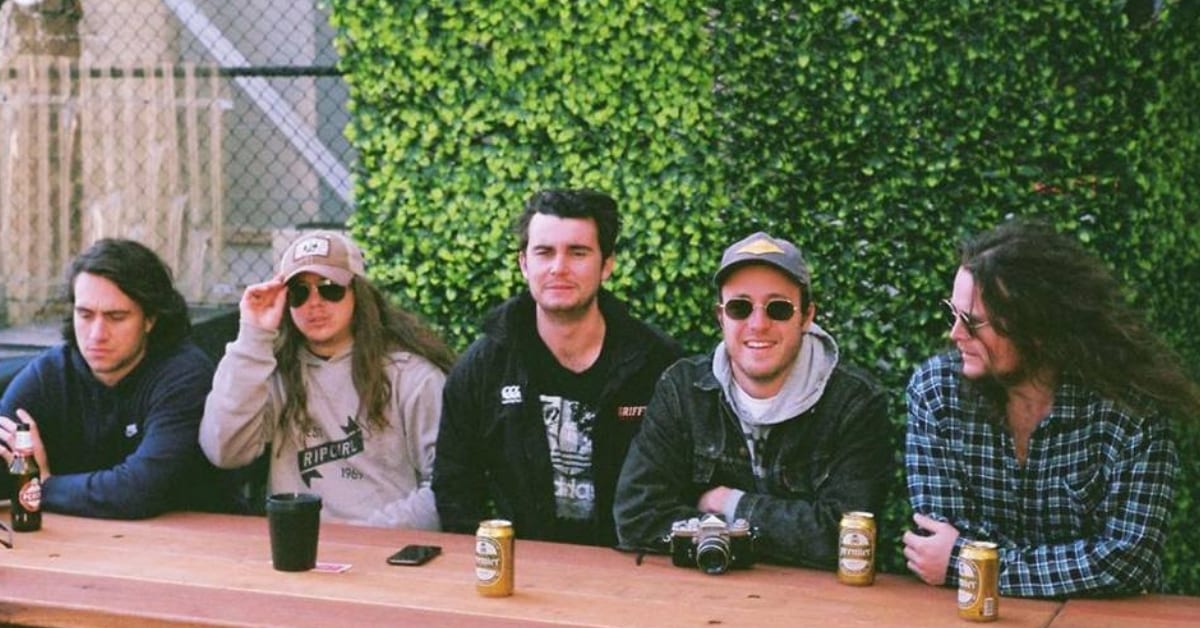 Gold Coast-based band Augusta are back with their sophomore EP Alice, bringing heavy beats and some killer vocals.

Recorded locally at Lovestreet Studios, the four-track record is heavily influenced by the likes of rock legends Led Zeppelin, Pearl Jam, and The Eagles. Opening track Pretend kicks off with gritty riffs, and pays tribute to the band’s love of classic rock. Its repetitive lyrics and steady beat set the mood for the EP with an undeniably contagious energy.

Next up is, Thirst, which features a strong backing drum beat, and incorporates skillful electric guitar riffs. A strong instrumental section makes for the perfect moment to let your hair down to.

Following track Dirt is the standout song of the album. With references to substances, partying, and women, it’s reminiscent of any rock album’s cornerstone track.

“Cal (bass/vocals) pointed out that the particular substance referenced in Dirt is also often referred to as ‘Alice,’ a play on the experiences, which may be comparable to those seen in Alice in Wonderland. I think if you listen to Dirt closely enough, and its closing riddle, it will make sense,” says guitarist Patrick.

Final track Love Or Wine begins slower, with subtle country and ballad influences. Joint vocals of brothers Joey and Cal allow for effortless harmonies, while guitarists Patrick and Gus work in tandem with drummer Alec to create the perfect send off.

Augusta is the type of band that leaves you begging for more, with a sound that completely surrounds you. The group clearly shares a love of classic rock, which combined with their close knit bond, makes their music next level epic.