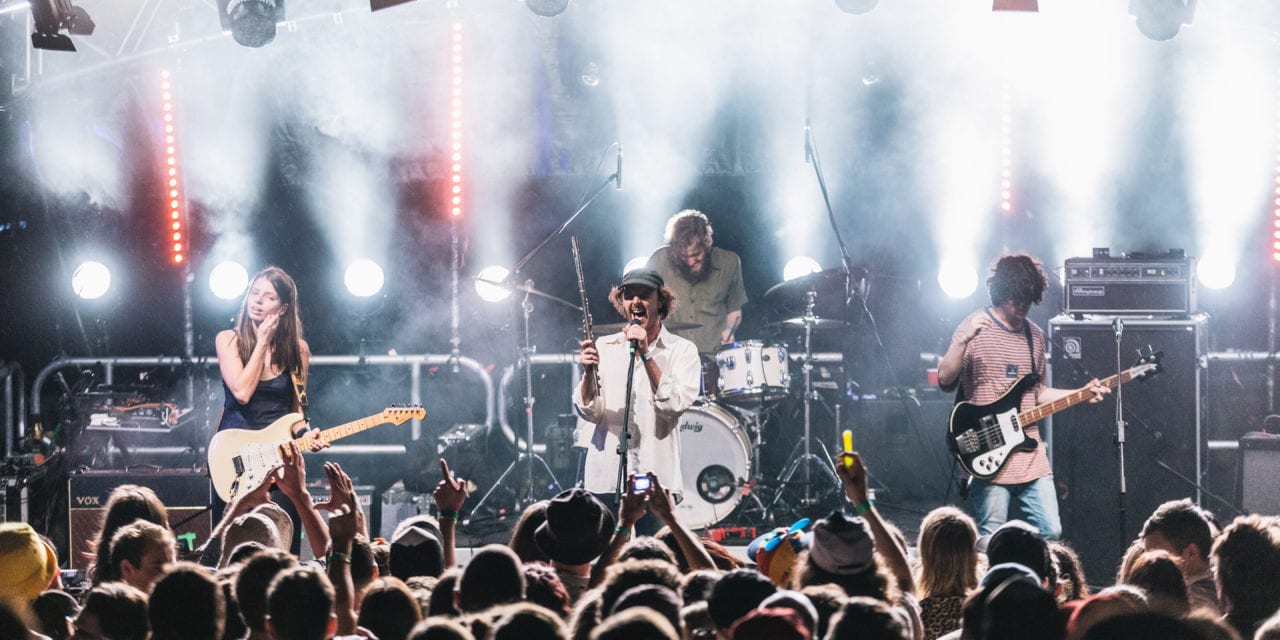 Music loving ‘astronauts’ strap yourselves in. Red Deer Music and Arts Festival has announced the first musical ‘crews’ partaking in a day of astronomical entertainment on 14 October 2017.

In case you missed the memo, this year’s festival at Mount Samson amphitheatre is Space Oddity themed, and captaining the Red Deer Rocket will be Brisbane alt-electronic whiz The Kite String Tangle and Sydney’s The Preatures.

“This year’s festivalgoers, or ‘astronauts’ if you will, can look forward to beautiful ballads, energetic roots, and rollicking tunes, before The Kite String Tangle and The Preatures bring the house down with two very different, entertaining sets,” said Festival Co-Founder Bas Pelly.

Known as an infamous weekend sleepover party where BYO is the go, Red Deer Festival combines a renowned live music program with a smorgasbord of activities. There’s belly dancing, meditation, hula-hoop workshops, the annual ‘Fashion Of The Fields’ dance-off contest, and an immersive camping experience for those who are keen.

“Red Deer Festival is basically a house party at your mate’s place, except your mate lives on 40 acres of pristine grazing land beneath the rolling hills of the D’aguilar Range.”

“Instead of listening to an awful playlist on your mate’s iPod, you’ll boogie to an exciting and eclectic mix of emerging acts from around the country while you sip your BYO bevvie of choice, on your BYO couch, while pondering which food truck’s menu you’ll explore first.”

The festival also won’t break the bank, with plenty of inexpensive ‘day’ tickets if camping isn’t your thing, Space Shuttles to provide cheap transport and no lining up for expensive drink tokens.

Festivalgoers are encouraged to strap on their spacesuits, pack their space bags and prepare to be wowed by some of Australia’s best emerging acts. Final tickets released into the galaxy on 30 May.

Tickets range from $79 to $199 for day passes, overnight camping tickets and VIP ‘Our Deerest’ tickets, which include guest camping, hospitality and merchandise packs, and access to the VIP backstage bar. Artist, workshop, vendor and volunteer applications are now open.

All tickets and applications available via the Red Deer Music and Arts Festival website HERE.