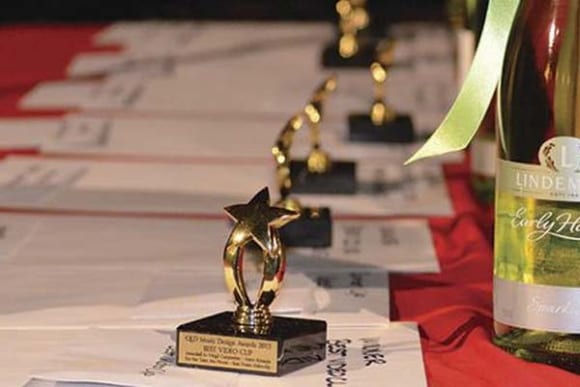 Recognition is one thing we could use more of in the local music scene. Recognition not just for musicians, but also the countless individuals who work tirelessly behind-the-scenes to keep our vibrant music industry alive.

Music industry veteran and awards co-founder Andrea Smith, says that while the contribution visual artists make to the industry is vital, their work is often overlooked.

“I think we as the public do appreciate the visuals that accompany music, whether that’s a photo, an album cover or a music video. We often just don’t stop to think about how important those visual aspects are,” she said.

“I recently had an experience where I put a gig on and a lady came to take some photos and they were brilliant and people were really into the photos that were taken, but no one asked me who the photographer was! People seem to take that type of work for granted.”

Andrea admits it wasn’t until she was approached by the State Library to share her own visual work from her time designing posters and flyers for the Orient Hotel, that she really started to think about the value of visual art in the music industry.

“When the State Library asked me to donate my work to the Music Heritage Program it was a really big wake up because I thought ‘do people really want these, are these important?’ and they said ‘yes, the whole visual side of the music industry is really important.’ It was something I’d just never really thought of before.”

This led to a conversation with fellow QMDA co-founder Paul Robinson (of the New Globe Theatre) about how visual art is one of the key factors of music promotion. Realising visual artists were an integral part of the industry that weren’t being recognised, they did their research and launched QMDA last year – the first of its kind in Australia.

In its first year, the awards have already encouraged many visual artists to continue doing what they love, and Andrea hopes even more people will get on board and apply this year.

“I would encourage everyone to apply! Doing so will give you some recognition regardless of whether you’re a winner or not, as we want to blog about and feature as many of our applicants as possible. You deserve recognition and should be proud of the work you do!”

Entries for work created between 1st January 2015 – 31st December 2015 can be nominated on the QMDA website by the creators themselves, or on their behalf in seven categories:

Nominations close 29 January 2016 with the Awards presentation to be held at the New Globe Theatre on Tuesday 15 March. Get behind your local scene and get nominating!