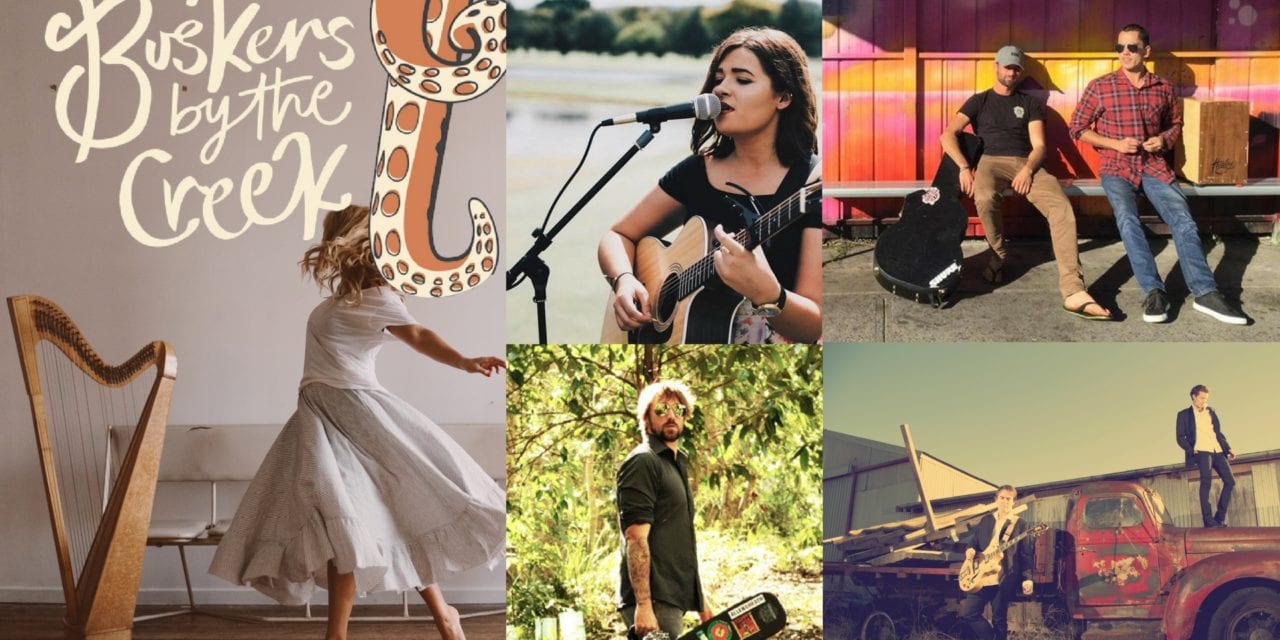 On Saturday, 13 October, 10 of Australia’s biggest un-discovered talents go head-to-head at Battle Of The Buskers, vying for the chance to take home a prize package that could change their lives.

Attracting over 25,000 people last year, Buskers By The Creek is the biggest event for emerging talent of all kinds. With over 300 artists performing and a heap of crazy stunts and entertainers, it’s the place to be for anyone who craves entertainment.

Of the hundreds of artists on the line-up, 10 have been selected to face off in Battle Of The Buskers – the biggest busker’s showdown of the year. With the chance to win a $10,000 prize pack that includes, a recording package, publicity and advertising deals, as well as VIP tickets to Airlie Beach Festival of Music, you can be sure that each artist will be performing at their best.

The competition is going to be tough and the music phenomenal, especially with five of the buskers coming from the hard-hitting state of Queensland!

Queensland, meet your Battle Of The Buskers reps…

The Brisbane guitar sensation is ready to take his mix of rock-blues and acoustic roots to the top. With his immense musical experience from all around the world, Daryl James will bring a music experience to the stage like no other.

The soulful and instrumentally talented one-woman-band ELSKA is going to bring you a performance that will in trance and enthral you. ELSKA mixes together the harp, guitar, piano and loop pedal to surround you in a world of music you’ll never want to leave.

Liv Heyer is 18-year-old singer from the Gold Coast already making headway winning a variety of music awards and performing with some of Australia’s largest artists. With her mix of indie, roots, pop and electronic music, she’s one to watch on the music scene and at Battle of the Buskers.

Creating an experience filled with powerful guitar, skilful keys, and beautiful vocals, MISTRAM is ready to take over the stage at Battle of the Buskers. MISTRAM is a unique sensation so fluid with their music they can’t be tamed by genre restraints.

Best friends from the Sunshine Coast, Euphoria Under Fire is an acoustic and electric mix that guarantees nothing but good vibes. Performing everywhere from corporate events to music festivals in only two years, punters will be blown away by this dynamic duo.

Battle Of The Buskers takes place on Friday, 13 October at Currumbin Creek Tavern, Gold Coast. The competition is the official launch of Buskers By The Creek Festival 2017, which runs from 14 – 15 October. More event info available HERE.