Prepare The Voddy Crans, Friendships Are Coming To Brisbane 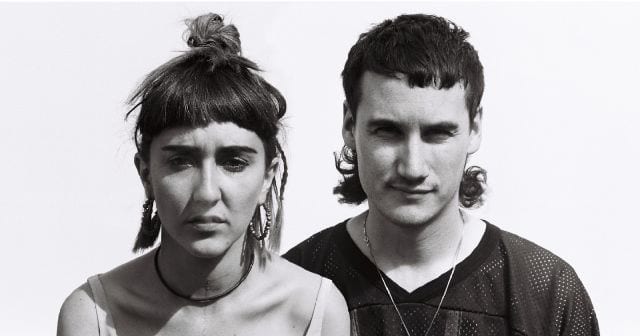 “We came up for Bigsound last year which was a lot of fun, so we’re excited to be returning to Brisbane. We made sure we booked our flights so we can get the most party time in before we go home,” said Nic.

The year is already off to a spectacular start for the pair, who have some cool collaborations in the works, an LP ready to be released and a host of shows (including an appearance at SXSW) to look forward to.

“This year we’re doing art installations and residencies trying to merge the world of visual and sonic art. I feel like every year has a new energy and this year is about realising stuff, and getting other people to realise stuff too.”

Nic and Misha’s music and art collaborations are a 50/50 effort, with each of them embracing their chosen medium without interfering with the other’s.

“I was a fan of Mishs’ art before we were friends. Our heads work the same, we just work in different mediums. It’s at a point now where our brains have spent so much time together they have fused and coagulated into one slimy mess of demented meat.”

Brisbane fans can expect an all-encompassing live show from friendships when they take to the stage here next week. A show that Nic says will feel like getting punched in the neck by your own senses.

“Our show at the moment is the best it has ever been (due to technology and the manifestation of our own art), we are very proud of it.”

“We have been told, because of the shows intensity that it can be polarising. Love it, or hate it… we don’t care, as long as it makes you feel something… or makes you feel like a voddy cran.”

Grab a voddy cran (or ten), and get ready to party with friendships when they headline The Foundry’s Yowie Club Night next Thursday night, 18 February. All event information available here.